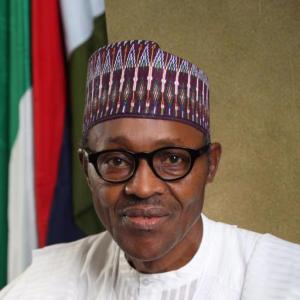 Femi Adesina, Abuja: Nigeria will continue to deepen relationships with her allies, particularly those with whom she shares mutually beneficial interests, President Muhammadu Buhari has assured.

Receiving the outgoing Ambassadors of the Federal Democratic Republic of Ethiopia, and Republic of Turkey at State House, Abuja, Thursday, the President said the core policies of the administration – securing the country, fighting corruption, and reviving the economy – cannot be effectively done without good neighbourliness and deepening of relationship with allies.

“Security and economic development are crucial to any country, and that was why I visited our immediate neighbours once I got to office,” President Buhari said, while receiving Samia Zekaria Gutu, the outgoing Ambassador of Ethiopia.

“I visited Chad, Niger, Cameroon, and Benin Republic. You will spend less money on security, and deploy more resources to infrastructural development, when you are in good terms with your neighbours,” he stated.

President Buhari congratulated Ethiopia on the political stability that has been attained in the country, after a recent change of the Prime Minister.

The President also offered best wishes to the Ambassador in her new assignment as head of her country’s electoral body, noting that “anything that has to do with election in developing countries is particularly challenging.”

Ambassador Gutu described Nigeria and Ethiopia as “strategic partners” who have deep relationship, adding that her over three-year stay was a period that saw the furtherance of bilateral relations between the two countries.

During the audience with Hakan Cakil of Republic of Turkey, President Buhari congratulated the outgoing Ambassador on the close relationship between the two countries, and thanked Turkey for academic scholarships granted scores of young Nigerians in recent times.

He also lauded government and private investments in Nigeria in diverse areas like education, medical institutions, and others.

“We value the relationship, we will build further on it,” President Buhari said.

Ambassador Cakil, who was on tour of duty for about three years, noted that Nigeria was his country’s most strategic partner in sub-Saharan Africa.

“I had my first ambassadorial posting here, and I am lucky that during my time, the President of Turkey came here, and the Nigerian President was also in Turkey. I will never forget it,” he stated.

The outgoing Ambassador also wished Nigeria well as it participates at the World Cup tournament in Russia.