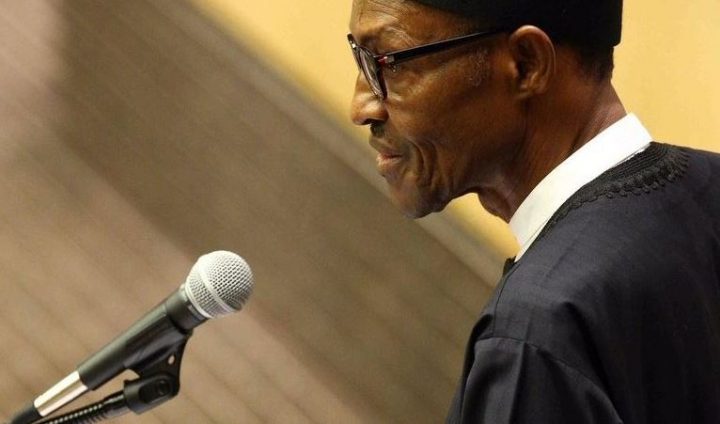 President Muhammadu Buhari will address the 73rd Session of the high-level General Debate of the UN General Assembly at the UN headquarters in New York on Tuesday, Sept. 25.

Buhari would deliver Nigeria’s National Statement on the first day of the general debate of the General Assembly high-level events.

The News Agency of Nigeria (NAN) reports that Nigerian leader has been placed as the number 20 on the list of the speakers out of the 193 world leaders that would address the Assembly.

The President of Brazil would be the first world leader to present his address to the 73rd session followed by the U.S. President, Donald Trump, the traditional second speaker, being the host country.

Recall that during the 2017 Session of the General Debate of the Assembly, Buhari was the eighth speaker out of the 193 world leaders who addressed the Assembly.

His address made it one of any Nigerian leader’s earliest address at the annual general debate of the intergovernmental organisation.

The 2018 General Assembly would be Buhari’s fourth outing at the annual general debate of the Assembly since becoming president in 2015.

The Nigerian leader’s address during his first outing in 2015, in part, outlined his three cardinal agenda – security, economy and anti-corruption.

His two subsequent addresses in his outings in 2016 and 2017 also highlighted some of his achievements so far in these areas.

The session would be presided over by Ms. María Fernanda Espinosa Garcés of Ecuador.x

The theme of the general debate would be, “Making the United Nations Relevant to All People: Global Leadership and Shared Responsibilities for Peaceful, Equitable and Sustainable Societies”.

In accordance with rule 1 of the rules of procedure, the General Assembly shall meet every year in regular session commencing on the Tuesday of the third week in September, counting from the first week that contains at least one working day.