I can make Shekau, others surrender: Ex-Boko Haram commander

A 32-year-old former Boko Haram Commander, Rawana Goni, has appealed to the Nigerian military authorities to allow him make a phone call to the elusive leader, Abubakar Shekau and at least 137 other terrorists to make them surrender.

Goni, who is undergoing rehabilitation at a military detention camp in Maiduguri, said this in an interview with the News Agency of Nigeria (NAN).

The former Boko Haram commander is an indigene of Bama in Borno state. He surrendered to the military in Cameroon after escaping from Sambisa Forest eight months ago.

He claimed to have held several positions in ten different cells of Boko Haram in Sambisa. 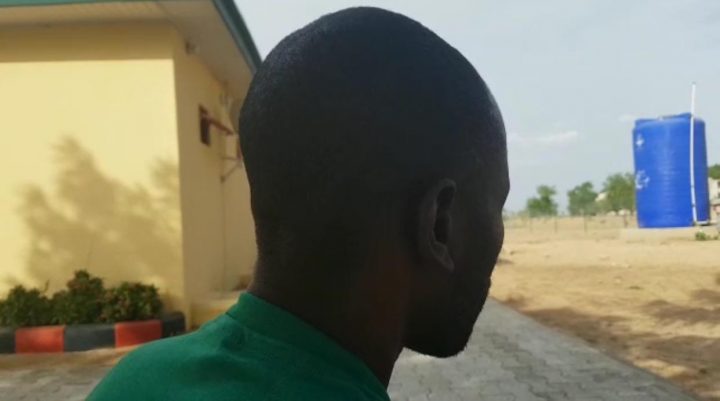 He said the last position he held was as the Chief officer of Dispute Resolution for the group.

He explained that many militants came to him to settle problems ranging from family matters. He also reconciled Boko Haram factions.

“I rescued people sentenced to death and minimised punishment of those who committed crimes. I am one of the most influential persons in the group and they always listened and abided by what I said.

“I  joined Boko Haram because of the condition I found myself in the last five years. When the insurgents invaded Bama town, I ran with my family to Cameroon thinking I was in a safe destination. But on reaching Cameroon, I was shocked to realise that I brought myself into another Boko Haram camp. By that time, I knew I would not survive without joining the group.

“Days after my induction, we opened a permanent camp at the Cameroon border and named the forest “Aluska”. It was in that camp that I learnt all types of training including handling weapons.

“After the training,  we embarked on our first mission. We invaded a military formation in Cameroon, dislodged the soldiers and took many weapons from their armoury. We couldn’t take any vehicle because the area was surrounded by river.

“We took the weapons we recovered to our leader Abubakar Shekau and briefed him on our success. He was happy that five of us could dislodge a military formation. After congratulating us, he appointed me to lead the group and returned our weapons to us.

“A few days later, I recruited many fighters, because as a commander, you are expected to have no fewer than 250 fighting troops.

“With the new fighting force, we invaded Waza village, Damaga and Banki. We also invaded Bama which is my hometown.

“I was touched to see my people being tortured and killed, while many women and children were living in excruciating hardship. So I decided to pass a message to my fellow insurgents from Bama and we formed a group comprising about 137 persons to help our people in prison to escape.

“I was able to rescue about 300 hostages at the prison facility in Bama. I usually lied to the guards at the prison that I was going to kill the inmates. But I would take them to a safe place in Konduga and ask them to run to a safer destination.

“Many of the prisoners were exposed to hard labour while some were used as guinea-pigs at a shooting range by new arms handlers among Boko Haram,” he said.

On Abubakar  Shekau’s health status, Goni told NAN that the insurgents’ leader was healthy as against a report that he was ill.

“Nothing happened to him. He broke his leg five years ago while riding on a horse. But he had since recovered. Anyone saying Shekau is sick is only deceiving himself. We used to communicate through radiophone but not anymore,” he said.

Goni, who believed that the war was coming to an end, urged the military to let him tell Shekau and other insurgents that he is still alive.

Goni commended the military for the special treatment given to inmates who surrendered.

“They received us with joy and interact with us at all time. They feed us well and always want to know about our problems. If other Boko Haram members knew how we are being treated, they will never want to remain where they are,” he said. (NAN)