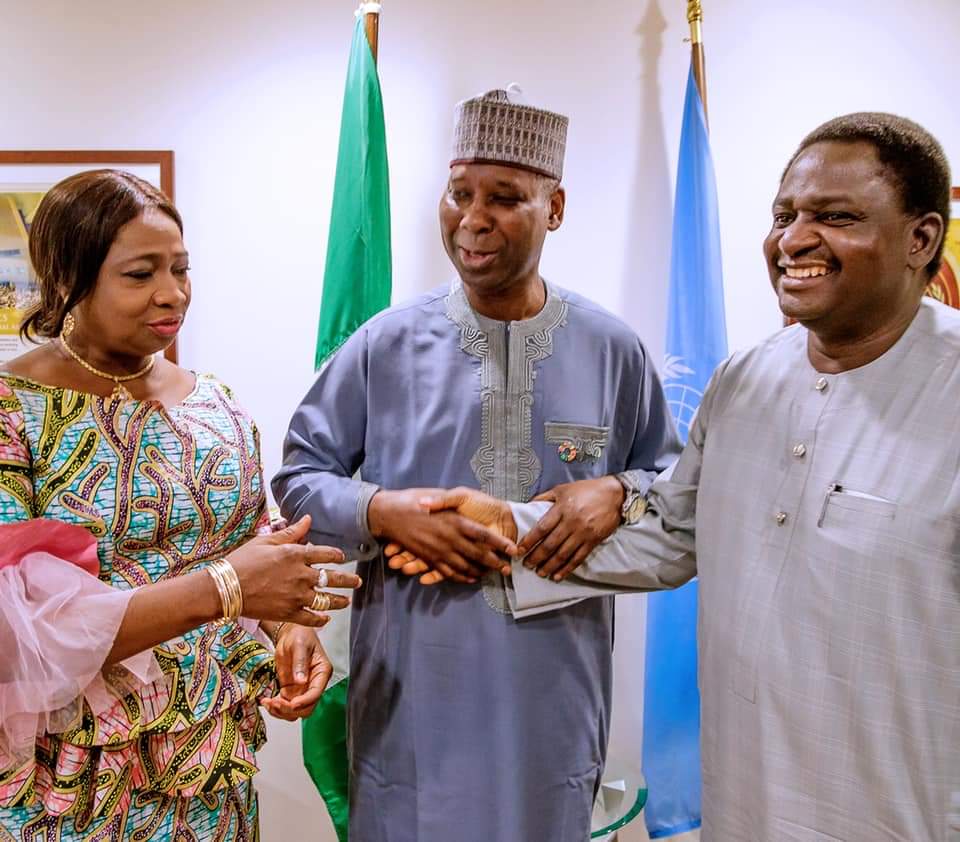 Mission was to attend the 74th session of the United Nations General Assembly, and President Muhammadu Buhari was leaving Abuja with two state governors (Osun and Nasarawa), as well as his personal aides and other delegates.

I remembered the film, Coming to America, by Eddie Murphy, as we boarded Nigeria Air Force 1 presidential jet. The 1988 film, written by Murphy, and in which he played the lead role, was a romantic comedy in which Akeem Joffer, prince of a fictional African nation of Zamunda, traveled to America in the hope of finding a woman he could marry.

But romance was far from being the object of this trip. It was rather to join the rest of the world in discussing global issues, and engendering a safer, more prosperous and happier universe. Our President was already billed to be number 5 speaker, among over 200 world leaders.

Coming to America. Was it the 10th, 15th or 20th time? I had lost count. Before coming to serve in government, I used to attend the International Convention of Gideons International, which held every July in the U.S. After joining government, we had also done many trips. You can’t therefore blame me for losing count.

From Abuja to Santa Maria, an island in Portugal, where we had a technical stopover, took six hours, twenty minutes. On landing, the first information I sought online was what West Ham and Manchester United had played. West Ham had hammered Man U by two goals. I remembered Richard Akinnola, Jim Nelson, Garba Deen Muhammed, and my son, Tobi. All staunch Man U followers. How I would have pulled their legs if we were home! Well, better luck next time.

What of Chelsea vs Liverpool? The latter was leading by two goals at the time, though the game was being played at Stamford Bridge, the home of Chelsea.

Stamford Bridge was falling down, falling down, and I could imagine the mouth Jewel Ifunnaya, a diehard Buharist, would make. She recently decamped from Man U to Liverpool. Things are sure going her way. For now.
The second leg of the journey took another five hours, forty minutes, making a total of 12 hours. We flew over very familiar territory, as indicated by the map on the screen, which tracked the progress of the journey.

One location was poignant, as it does anytime I overfly the place. It simply says, Titanic, 1912.

That is something humanity would never forget. It was where 1,500 souls perished in the ocean on April 15, 1912, when the British ocean liner, Titanic, sank.

It was the most luxurious ship that had been built, massive, and described by pundits as ‘unsinkable.’ It departed from Southampton, England on April 10, 1912, headed for New York. It was the ship’s maiden voyage across the Atlantic Ocean.

With 2, 200 passengers and crew aboard, the ship struck an iceberg on the fifth day of its voyage, and sank into the ocean two hours, thirty minutes later. Location was 400 miles south of Newfoundland, Canada. Only 700 people survived, most of them women and children. The world would never forget that incident, and that only God can make a ship ‘unsinkable.’

Weary and worn, I staggered into my New York hotel room around 9 p.m ( 2 a.m Nigerian time), and proceeded to sleep like a drunken sailor for many hours. But no luxury of oversleeping. President Buhari was billed to attend two events, one at noon, and the other an hour later. By 10.30 a.m, we had gathered in his suite for daily briefing, though I still felt like creeping and crawling back into bed. If the President was ready to roll, you gotta be ready.

The first event was about climate change, a passion of our President. Theme was ‘A Race We Can Win. A Race We Must Win.’ President Buhari addressed the session, outlining efforts being made by Nigeria to stave off what he called “climate catastrophe.” It was a pragmatic speech, well applauded by participants.

From there, it was time to visit our own, President of the 74th session of the UN General Assembly, Professor Tijjani Muhammad-Bande.

President Buhari led his team into Muhammadu-Bande’s office, which had a scenic view of the East River. He congratulated the worthy Ambassador of Nigeria, and told him he had heavy weight of responsibilities on his shoulder.

“I watched your election on the television. It was well received by the global community. We congratulate you as Nigeria. The support you got was unanimous. You have heavy weight to carry. I wish you well,” the President said.

Prof Muhammadu-Bande thanked President Buhari for nominating him for the position, and for giving crucial support. He promised to make Nigeria proud.

Tomorrow Tuesday, the General Debate begins. President Buhari is the fifth speaker, coming after Brazil, the U.S, Egypt and Turkey. Who says Nigeria is not making progress? We are, and no mistake.