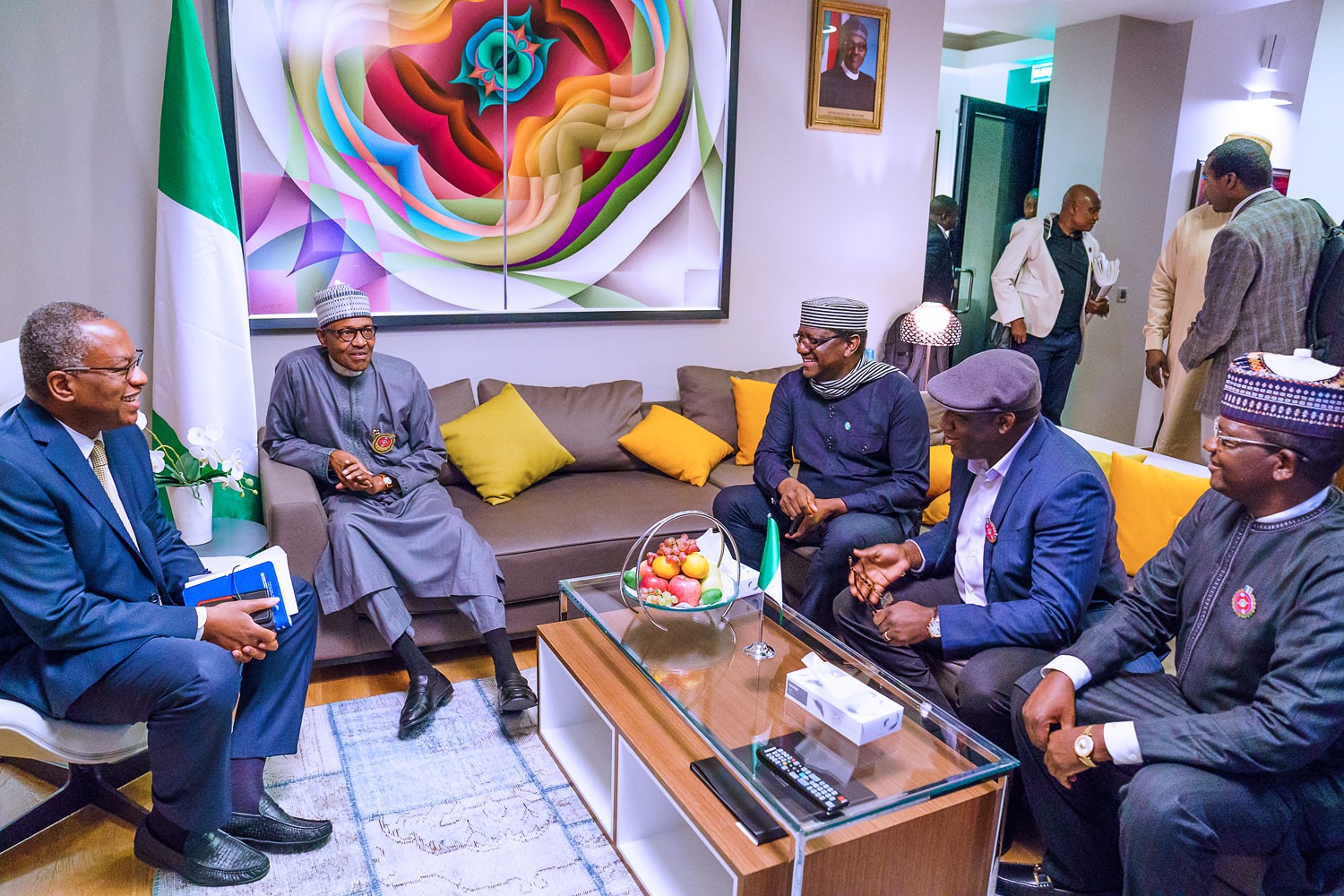 President Muhamamdu Buhari Monday arrived at the Sochi International Airport, Russia, for a three-day inaugural Russia-Africa Summit and Economic Forum, which will focus on peace, security, and development.

The President’s plane touched the tarmac at 11.25 pm (local time), and he was received by the Mayor of the City of Sochi, Anatoliy Nikolayevich Pakhomov and state officials.

The Economic Forum and Summit will hold on 23rd and 24th October 2019, respectively, with four plenary sessions that will be attended by more than thirty African Heads of State and governments who have confirmed participation, including the Chairman of the African Union and President of Arab Republic of Egypt Abdel Fattah el-Sisi.

The summit will be co-chaired by President Vladimir Putin, who will present a keynote address at the opening on Wednesday, and the African Union Chairman.

President Buhari and the Russian President will meet at Nigeria and Russian bilateral meeting on Wednesday, 23rd and the Nigerian leader will make a statement at the summit on Thursday, October 24th, 2019.

Other participants at the summit that will showcase Russian interest and investment potential in Africa include businessmen, experts, investors, leaders of major sub-regional associations and organizations.

An African Business Forum, which will bring together African and Russian business leaders, will be held during the event to enhance Russian investments in Africa, and promote African business interest in the host country. About 250 Nigerian business interests will be participating in the forum.

“It is important that this meeting is taking place at this time,’’ says the Senior Special Assistant to the President, Media, and Publicity, Malam Garba Shehu.
“All the big economies are picking a stronger interest in Africa. We now have US-Africa Summit, India-Africa Summit, China-Africa Summit, and Japan-Africa Summit, so Russia has signified its interest for political, cultural and economic partnership.

“Nigeria has had an excellent relationship with Russia over the years. We will not forget how the country assisted us in keeping Nigeria as one during the civil war when some of our traditional allies deserted us.

“They have also stood behind us in the fight against terrorism, Boko Haram and ISWA, and Russia has demonstrated its capacity in gas production, a resource which Nigeria has a huge potential of utilizing,’’ he added.

Shehu said the summit will look into issues of sustainable energy, mines and steel, infrastructure development in Africa, nuclear energy and trade and investment.

On security, the Senior Special Assistant said the meeting will come up with proposals for a security architecture that will be heavily driven by new technology.

Others on the trip are Minister of Foreign Affairs, Geoffrey Onyeama, Minister of Trade and Investment, Adeniyi Adebayo, Minister of Mines and Steel Development, Olamilekan Adegbite and Minister of State, Petroleum, Timipre Sylva.