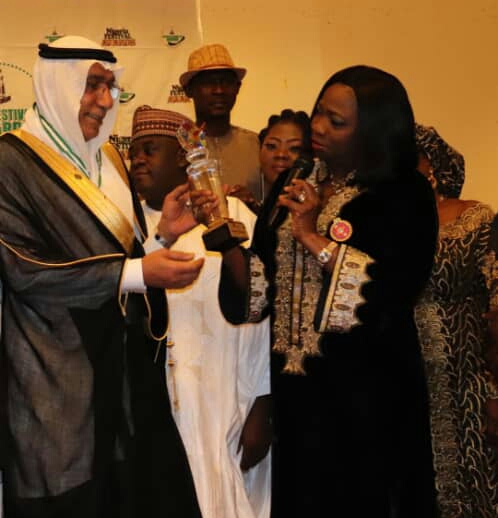 The Ambassador of Saudi Arabia to Nigeria, His Excellency Adnan Bostaji attended the 5th Nigeria Festival Awards on Sunday 8th December, during which the Chairman/CEO of Nigerians in Diaspora Commission (NIDCOM) Hon. Abike Dabiri-Erewa presented him with an award.

The award was in recognition of the His Excellency’s efforts in Nigeria since his assumption of duties in as the Saudi ambassador.

Hon. Dabiri-Erewa described the awards as being well deserved, commending the ambassador’s efforts in Nigeria, as well as his prompt intervention in securing the release of Zainab Aliyu.