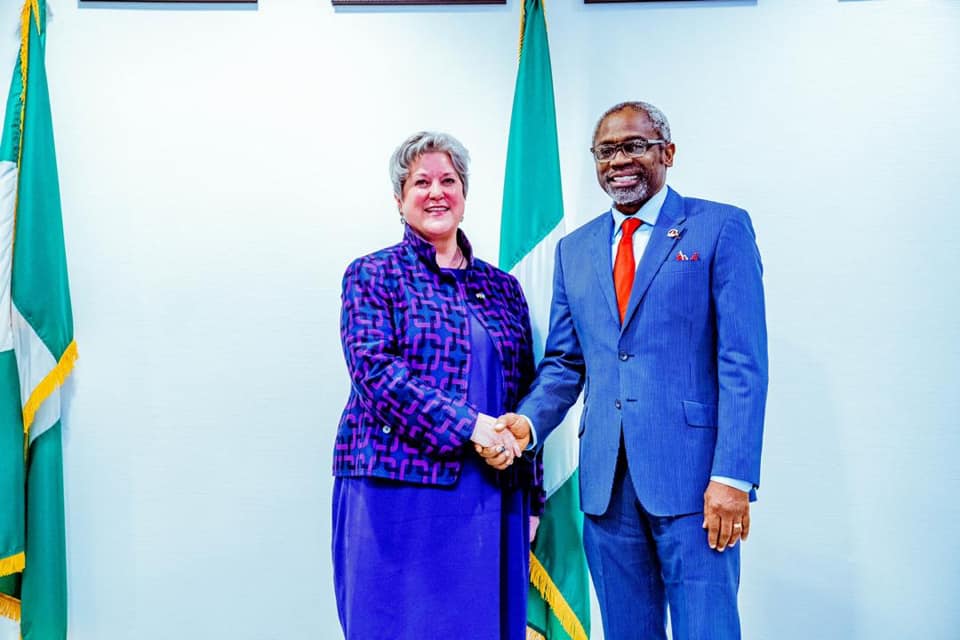 The Speaker of the House of Representatives, Rep. Femi Gbajabiamila has sought the cooperation of the United States of America (USA) to review its visa ban on Nigerians.

Gbajabiamila said Nigeria and the US have been having a good relationship ‎for decades and that the visa ban was not in the best interest of the two countries.

The Speaker, who hosted the US Ambassador to Nigeria, Mary Beth Leonard in his office on Tuesday during a courtesy call, said some notable Nigerians were affected by the visa ban.

“We’re excited that you’re here because the US and Nigeria have a wonderful relationship. There are two nagging issues, which I’ll like to bring this time around, which underscore the importance of our relationship.

“One is the issue of the ‘ban on Nigerian immigrants.’ There’s still no clarity on the issue.‎ For some, it’s very hazy, and for others, they need to understand what’s going on. Even people who seek to go visit are being affected in one way or the other.

“The United States or whichever country has the right to know who comes into their country, but I think sometimes it’s important to look at things and understand why some set of people are being denied the visa,” Gbajabiamila said.

The Speaker, who noted with displeasure the visa ban decision, said Nigeria being the giant of Africa should not be treated that way, saying “There are ways we can sit down and figure out what the issues are.”

Gbajabiamila also sought to know what the US Government was doing to assist Nigeria in the area of insecurity, which he said has become a major challenge in the country.

He noted that the Nigerian National Assembly would always be ready to play a diplomatic role between the country and the US with a view to addressing issues that may come up between the two countries.

‎”Security is always on the front burner. I’ll like some clarity on what exactly America is doing to assist Nigeria on the issue of insurgency.

“I’m aware that there are certain legislation in the United States that may be an impediment to the arms purchase agreement. That’s why I talked about legislative diplomacy so that we can address it in a way” he said.

Responding, the US Ambassador Leonard said the visa issue was not a ban and that the action was not meant to be a permanent one. saying it would hopefully be resolved “in a single-digit month.”

She ‎said the action was based on information sharing.

On the issue of security, she said the United States is a very good partner.