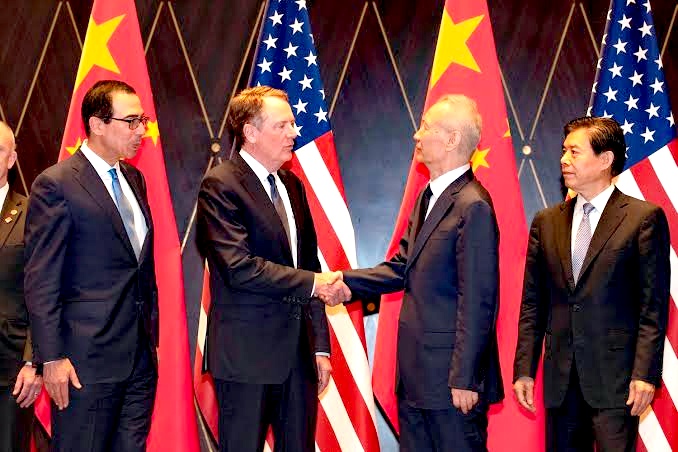 Negotiators Vow to Implement Phase one in U.S.-China Trade Deal

Top U.S. and Chinese trade negotiators on Friday committed to implementing “phase one” of their countries’ trade deal during their first call since the start of the Covid-19 pandemic.

According to a statement posted on the trade representative’s office website, Chinese Vice Premier Liu He spoke on the phone with U.S. Treasury Secretary Steven Mnuchin and Trade Representative Robert Lighthizer.

The officials vowed to implement the trade deal adopted in January, which includes Chinese promises to buy some 200 billion dollars’ worth of U.S. products during the course of two years and implement stronger rules regarding intellectual property.

“The two sides agreed that, in spite of the current global health emergency, both countries fully expect to meet their obligations under the agreement in a timely manner,” the statement said.

Although foreign trade data released by China on Thursday suggested that Beijing was far from meeting its import targets, as the coronavirus pandemic had disrupted both countries’ economies.

Chinese imports from the U.S., in dollar amounts, were down 5.9 per cent from January to April compared with the same period in 2019.