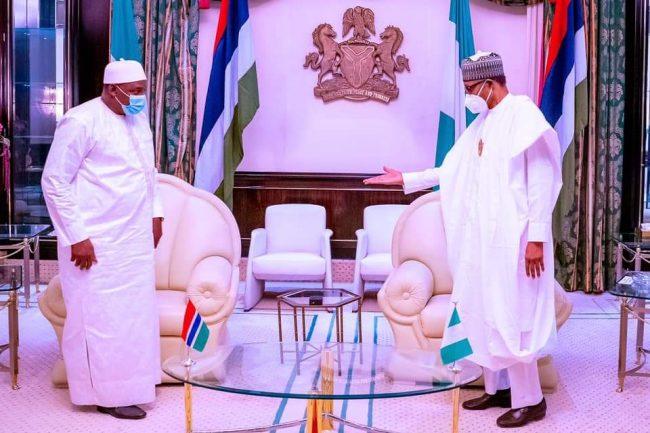 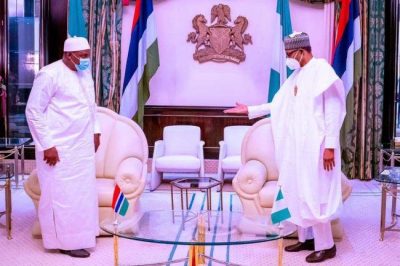 President Muhammadu Buhari is in Banjul, Republic of The Gambia on a special invitation by President Adama Barrow.

The President was received on arrival at Banjul International Airport by a high powered Gambian Government delegation led by Vice President Aishatu Touray.
Also at the Airport were Nigeria’s High Commissioner To The Gambia, Minister of Foreign Affairs, National security Adviser and other senior Government officials.
The President who inspected a ceremonial guard mounted by a detachment of The Gambian Armed Forces is attending the Inauguration of President Adama Barrow for a second term in office.
The Nigerian leader is the Special guest of Honour at the ceremony being attended by several other Heads of state and Government and herefore expected to deliver a keynote address.

President Buhari is held in high esteem in The Gambia for the leading role he played in safeguarding democratic order and restoring normalcy in the country
This followed the refusal of the President Yahya Jammeh to step aside after the disputed election of 2016 which he lost thereby deepening a political crisis in the country.