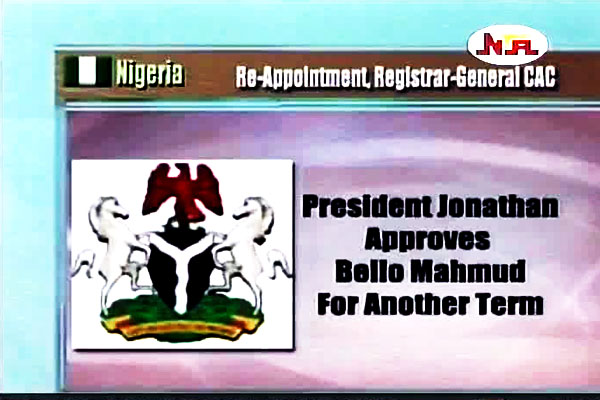 President Goodluck Jonathan has approved the re-appointment of Registrar General of the Corporate Affairs Commission, Mr. Bello Mahmud for another 4 year term. His appointment takes effect from the 9th of October 2013. Mr. Bello Mahmud before now had held various offices including Attorney General and Commissioner for Justice Sokoto State.