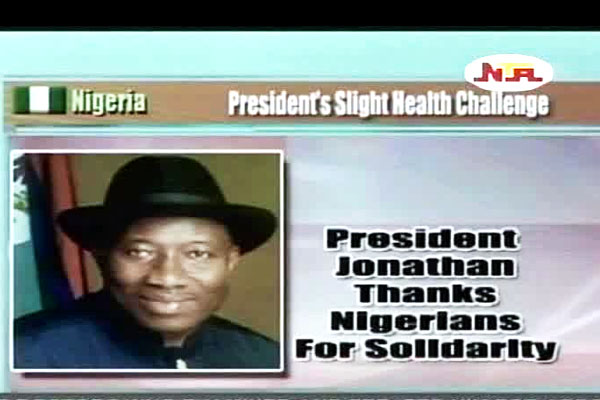 President Goodluck Jonathan has expressed appreciation to Nigerians who conveyed their sympathies and solidarity during his slight health challenge in London, while on a mission to attract greater investments to accelerate the growth of the Nation’s economy. A statement by the Special Adviser to the President on Media and Publicity, Reuben Abati, also commended the generality of the mainstream media for factual, objective, fair-minded coverage of the president’s slight health challenge. The presidency however placed on record that no birthday party was held in London on Wednesday night, as the president observed his 56th birthday anniversary quietly. The statement added that it has never been his custom to celebrate birthday anniversaries, noting that no exception was made this year.