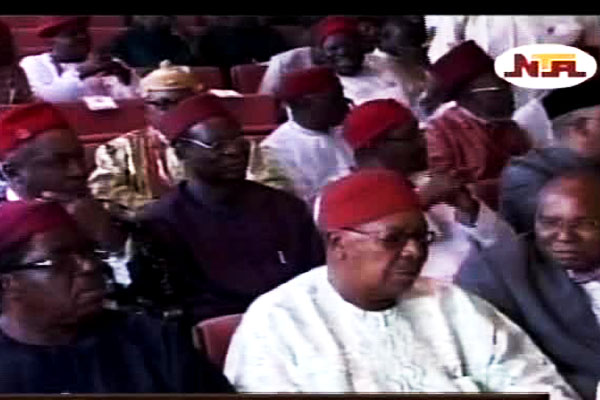 President Goodluck Jonathan declared that the Federal Government has no intention of interfering with the structure and processes of the proposed National Dialogue. Speaking when he granted to leaders of Ohanese Ndigbo and the South-East Geo-political Zone at the Presidential Villa, President Jonathan explained his Administration leaves it to Nigerians to determine the framework, content and process of the proposed dialogue. On worries over the time-frame for the National dialogue, President Jonathan said the process would defenitely be completed well before the 2015 elections. He disclosed that the Presidential Advisory Committee on the national Dialogue will soon present its report to him, having concluded its Nationwide consultations. The President and Ministers, who were in attendance at the Audience, also briefed the South-East leaders on his administration’s development efforts in sectors including Aviation, Agriculture, Transportation and Power. He assured the delegation that his administration will do all within its powers to ensure that projects such as the Second Niger Bridge, the rehabilitation of South East roads and expansion of the National Rail Network to the Zone are completed on scheduled. The President of Ohaneze Ndigbo, Chief Gary Enwo-Igariwey, congratulated the President for initiating the upcoming National Dialogue. He pledged the South East’s support for the process and assured the President that Ndigbo will make meaningful contributions to move the country forward in unity.