2014 National Conference Drew to a close a midst Fanfare Laced with Solidarity Songs.

The National Conference has concluded its Plenary with the adoption of recommendations compiled in the three volume reports.It was a happy end to an uncertain journey on Thursday when the plenary session and indeed the 2014 National Conference drew to a close a midst fanfare laced with solidarity songs. 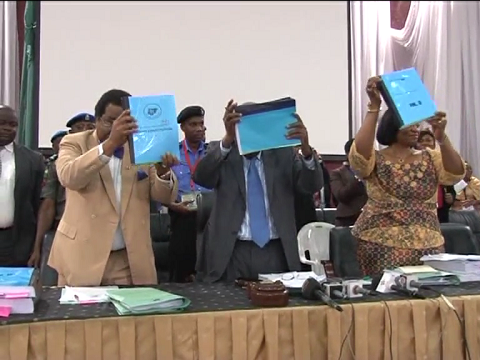 Two motions facilitated the conclusion of the 2014 National Conference. One of the motions which sought to empower the conference secretariat to effect corrections and amendments to the 3-volume report based on delegates recommendations was moved by Chief Jerry Okwuonu and seconded by Orok Duke. 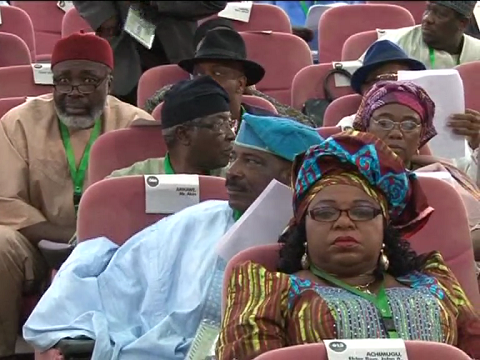 Chief Richard Akinjide then moved a motion for the adoption of the three-volume report as amended.  It was seconded by Yadomah Mandara. The adaption which was favoured my majority voice vote signaled the end of the conference. 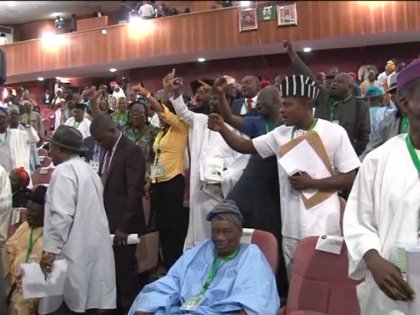 The successful conclusion of plenary and adoption of the reports of the conference was received by delegates with jubilation.