Maku Urges Nigerians To Use Religion To Promote Love And Peace

The Former Minister of Information Labaran Maku has called on Nigerians to use Religion to promote Love and Peace rather than violence and acrimony.
Labaran Makur stated this at a book launch in Akwanga. He expressed concern at the way People hide under the guise of Religion to destroy lives and property.
The former Minister appealed to the Media to desist from promoting people who are known to have penchant for violence.
The speaker of the Nasarawa State House of Assembly Alhaji Ahmed Musa Mohammed called on the people of Nasarawa State to seek God and work in harmony. 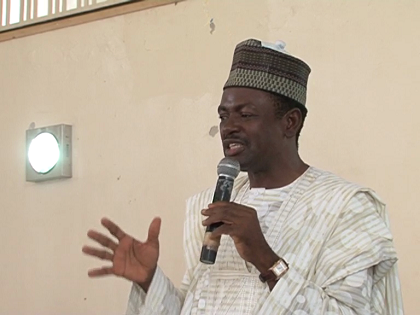