Union Of Judiciary Workers Embark on a 3-day Warning Strike

The law officers Association of Nigeria has embarked on a 3-day warning strike to press for the implementation of the circular on Harmonization and payment of peculiar allowances to law officers in the Federal Ministry of Justice.

The National President of the Association,Solomon Ibhadon led a peaceful protest marking the flag-off of the strike in Abuja.

When NTA crew arrived at the Federal Ministry of Justice, the entrance gate was under lock as security operatives barred
vehicles from entering the premises. Lawyers were seen loitering around. 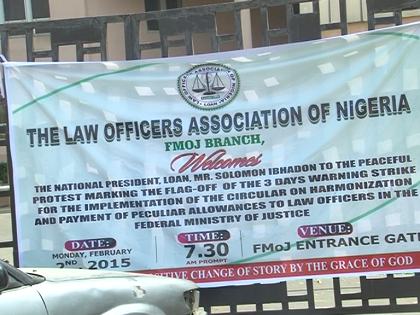 Rotimi Oluwagbemi reports that the strike also affected customers who bank with the two Commercial Banks within
the Federal Ministry of Justice as they were also denied access. 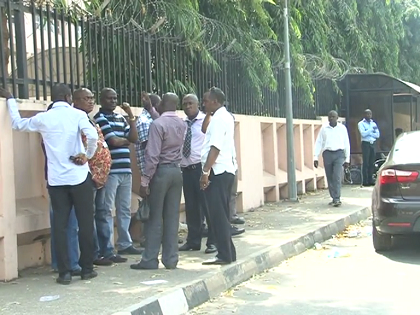