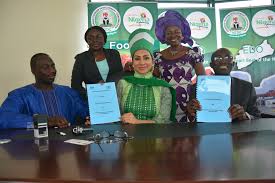 Nigerian Government To Boost Employment Through Culture And Tourism

The Nigerian government is set to leverage on the country’s rich culture and arts to create employment for its teeming population.

The Minister of information and culture, Alhaji Lai Mohammed, said this during his inspection/tour of facilities at the National Arts Theatre, Lagos on Monday.

Alhaji Mohammed restated the government’s resolve to ensure that it taps from the unique power of culture, arts and tourism as a veritable tool for job creation.

“In line with the Buhari administration’s resolve to move away from oil as the only source of government revenue, we are looking at the creative industry, we are going to revive the craft centre at the National Theatre, we are going to create an auction centre where people will come from all over the world for arts exhibition in Nigeria,” he stated.
Government Collaboration

He also unveiled the Federal government’s plan to collaborate with State governments to promote the cultural festivals in each State.

“We have asked all the arts councils in each state to give us at least ten festivals, such that in each day of the year we will have at least one festival, so that we have a compendium of festivals such that any tourist coming into Nigeria will know where to visit at any time of the year,” he disclosed.

While acknowledging the poor maintenances of facilities at the National theatre by successive governments, the minister was unequivocal in his assertion that national monuments like the National arts theatre will not be privatized.

He however reiterated the government’s readiness to a Public Private Partnership with investors willing to add value to the complex.

He also assured Nigerians and tourists of adequate security as well as collaboration with major stakeholders in the creative industry to make the National arts theatre the hub of the arts industry in Africa.