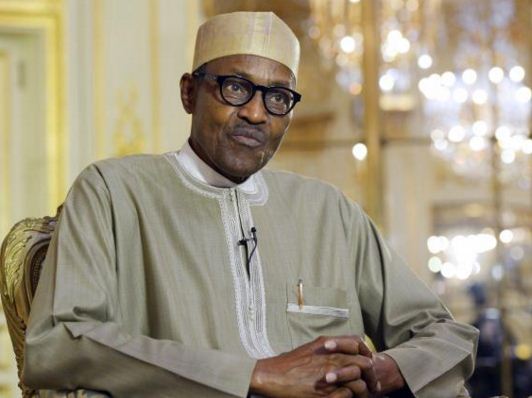 President Muhammadu Buhari has returned to Abuja from London, where he went to attend an anti-corruption summit.

He will attend the second Regional Security Meeting in Abuja.

The first edition was held in Paris in 2014.

The summi is aimed at combating the boko haram insurgency; strengthening cooperation between the member states of the Lake Chad Basin Commission (LCBC) and Benin Republic; establishing a Regional Intelligence Fusion Unit (RIFU) and ensuring the safe release of the Chibok Girls.

Since that first edition held in Paris, there have been four Ministerial Meetings; one each in Paris, London, Washington and Abuja.

Saturday’s Abuja Summit will have regional Member Countries report on gains and challenges so far in combating boko haram, as well as conduct an appraisal of successes and failures.

They will also develop an Action Plan for the Basic Infrastructural Development of the Areas worst affected by the War on Terror. The Reconstruction will focus on Medical Centers, Schools, Roads and Water Supply Schemes

The States will equally aim to facilitate the reunion of more than 6,000 orphans in various IDP Centers with their biological families.

The meeting will seek the cooperation of Development Partners for the Implementation of the 916 million Euro Lake Chad Development and Climate Resilience Action Plan.

They will also rededicate efforts towards the continuing search for the Chibok Girls.

Ministers from the United States, United Kingdom, and the Peoples Republic of China will also be in attendance.

There has been a reactivation of the Multinational Joint Task Force (MNJTF) with 8,500 officers and men from Cameroon, Chad, Niger, Nigeria, Benin, with headquarters in Ndjamena, Chad.

An Inter-Regional Coordination Center, based in Yaounde, Cameroon, under the aegis of the Gulf of Guinea Commission, to coordinate and disseminate intelligence and security information to all member states has been set up.

There has been an establishment of the Regional Intelligence Fusion Unit (RIFU) in Abuja, to enable pooling of intelligence resources as well as Special Military Units by Nigeria, Niger, Chad and Cameroon, to prosecute the War on Terror.

The admission of Benin Republic to the group, will allow it support the efforts of its neighbours.

Other developments include an Action Plan by the Lake Chad Basin Commission, for the Infrastructural Development of Nigerian Communities worst affected by the War on Terror, with a view to enabling the speedy and safe return of Displaced Persons to their homes.

In December 2015, a COP 21 side event, was hosted, during which the Lake Chad Development and Climate Resilience Action Plan (LCDCRAP); a systematic development plan for the Lake Region, was presented to donor countries and organizations, with a view to raising 916 million Euros.