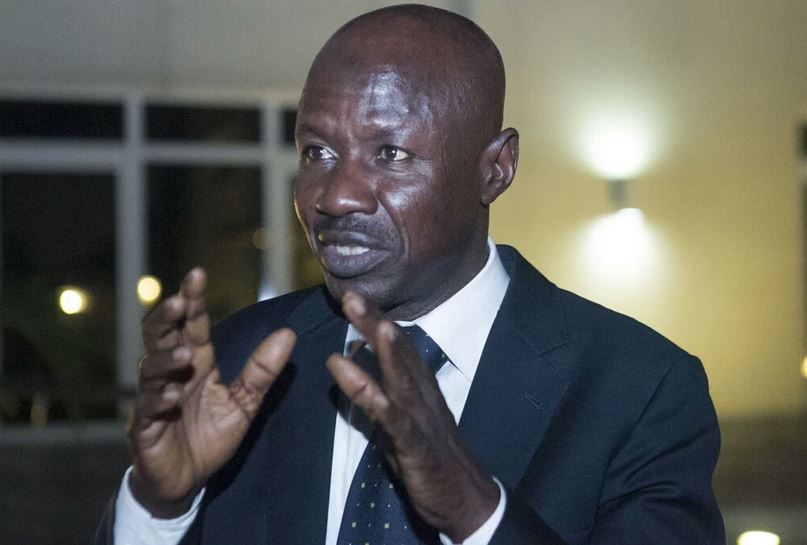 The attention of the Economic and Financial Crimes Commission, EFCC has been drawn to a report entitled, DSS Nabs Member of Presidential C”ttee on Arms Procurement over Alleged Fraud , which appeared at page 10 of Thisday newspaper of June 21, 2016, regarding the arrest of Air Commodore Umar Muhammed (rtd.), for alleged fraud.

The report, quoting anonymous sources, alleged that Muhammed who is a member of the arms procurement committee is “fronting for some members of the committee”, including “high ranking officials in the EFCC and ONSA”.

Though the report falls short of naming the so-called officials that Mohammed is allegedly fronting for, it is common knowledge that the Acting Chairman of the EFCC, Mr. Ibrahim Magu, is the only member of the Arms Procurement Committee from the Commission.

The EFCC views with grave concern this spirited attempt to create doubts in the minds of less discerning Nigerians and member of the international community regarding the integrity of its acting Chairman. To all intent and purposes, this devious report is another avenue of corruption fighting back as some people have been uncomfortable with the uncompromising stance of the Acting EFCC Chairman in the fight against corruption.

The EFCC wishes to categorically state that no official of the agency that is directly or remotely connected with the work of the Arms Procurement Committee have had any dealings that verge on fraud with Air Commodore Mohammed or any other member of the Committee. It challenges anybody with contrary information to come forward with the evidence.

The EFCC as a body upholds zero tolerance for corruption and will not condone any act that amount to corruption. If Mohammed is established to have engaged in any illegal activity, he should be held liable.

In view of the gravity of the issues, the EFCC calls on the Presidency to set up a high-powered inquiry to verify the claims of the report and those who have made it their sole business to impugn the integrity of others and cast doubt on the credibility of the anti-corruption war.

No matter the distraction and attempt by dark forces to derail its work through negative propaganda, the Commission will continue to discharge the mandate freely given to it by the Nigerian people to hold all public officers accountable.