Q :Appointments into offices should be made on the basis of federal character, but this is not so, and many Nigeriaans have expressed concern about this.
Ans: There is some sort of spread, it may be more in some places than others. But then, you have shown the satistics and we have seen it. What I would like to say is that appointment is a process and an on-going thing. One thing you can say about this government is that it listens to feedbacks. This is a feedback, and before now, we have heard about it. The feedback, you can be sure, would be processed and it would inform things that would happen going forward. At the end of the day, every part of the country is going to be taken care of .
Q: Quite relieving, but the one that concerns most Nigerians is that largely security appointments are to the North. Is there any reason for this?
A: Well, you know when it is the turn of a person to attain a position and you say because of a certain region, you bypass him for another person, somehow you are being unfair to that person and the system, because the security system oftentimes operates on hierachy and efficiency. It is not all appointments that must be subject to federal character . There are some, like in the case of the ministers , which the constitution says each state must produce and that has been satisfied.
Q: When is the President coming up with the other appointments?
A: I remember that Chief Oyegun, APC National Chairman said the process is almost completed, what is left is to unveil it. What I would add to that is that it is the perogative of the president to make some appointments when he deems fit. And you can be sure that the appointments would come.

Q: Some Nigerians are concerned with the way the President felicitates or commiserates with other countries but we have not heard much from the president when tragedies happen in the country.
A: Well, it depends on what you choose to listen to, because it amazes me when people say that they have not heard from him. What they expect is that the president will come out to talk personally on those things. Why does the president have aides ,ministers, or other officials in government? If they have spoken on those issues, I think , it should be considered that the president has spoken. It is not necessarily the president that will speak on issues at all times.
Q: We rarely hear from your principal especially that female preacher that was murdered in Kubwa, in Abuja.
A: Recall that the wife of the vice president visited that family. That shows you that it is an important issue.

Q: We have seen issues in the country where herdsmen ravage communities and kill people in tens and hundreds and we never hear about a visit to those communities. In other lands, their presidents are always proactive but your principal rarely does that. Why?
A: Every country, every president and every home has its style, its voice and echo. We don’t have to necessarily do it the way another country does it. But be assured that every Nigerian soul is precious to this president. Anytime a life is lost, it touches him. That you don’t see him at that venue does not mean that it doesn’t touch him. He does not have to do it as other presidents would do it. It is not a must that we follow the American template.

Q: When there is a killing, the president should be heard.
A: The president would do what is right and proper at all times.

Q: Interesting. Let me take you to other issues, like what happened in Turkey.We have heard about the issue of impeachment on President Muhammadu Buhari. Somehow, is the president thinking about tightening security within and around the nation on this kind of issue?
A: I liked the word used by Chief Oyegun about the purported impeachment. He said it was nonsensical, and that is just the word to use. He also said, it was a non event because there was nothing to it. There was no substance to it. There is no need to begin to tighten security over what does not exist, a will-o-the-wisp. I think our democracy is safe and growing and it will continue to grow.

Q: The president released some documents on the armsgate investigation and people are saying that maybe the documents have been doctored.
A: Well, except they come with the documents, they show the original, and brandish the doctored version, except they can do that, the rest is in the realm of conjecture, because anybody can sit back and just say that something has been doctored. But the onus lies on the person to show the original and the fake .

Q: Because one would be wondering during the time of General Danbazzau, he was the chief of army staff. His name is clearly missing, while others before and after him are there. Does it mean that he has been exonerated from everything?
A: The panel is not about individuals. I will say the arms probe is all about a time frame, which is being looked at. The interim report has been released and every other clarification you need will be given by the office of the NSA.

Q: People want to know if there is hidden agenda
A: You can rest assured that with this president, there is no hidden agenda. We know him to be a president that is open and transparent. Ramrod straight.

Q: Are we going to be seeing long queues as aviation fuel is now scarce or what again is happening?
A: Well, we know that things are a lot better with fuel, and it will get better, not worse. I am sure, we are not going back to those harrowing days… Not likely, except there is a major glitch in the system. I believe it will not happen.

Q; As it stands now, a lot of people are asking about the budget implementation, how far with it?
A: When the budget was passed, there was a promise to implement it as much as possible but then the unforseen variables came in. At that time, there was no bombing of installations in the south south, Avengers had not yet started .We were exporting 2.2 to 2.3 millions barrels of oil per day and it began to drop, till it got to about 1.5 million. There is now attendant revenue loss and this affected the budget. Secretary to the Federal Government says in terms of revenue , there is a 40 percent loss and all these things will affect budget performance.

Q:Has the president changed his mind on dialogue with militants?
A: Every option is on the table, and you will recall that when some leaders of the South South, led by King Alfred Diette Spiff visited, the President also disclosed that he had encouraged security agencies to dialogue with militants and the leadership of that region. So, there was never a time that anything was ruled out. Since the insurgency began, there had always been dialogue.

Q: The issue of dialogue has been talked about lately, what is the president doing right now. Are you setting up a committee, what exactly are you doing to achieve the dialogue? And when are we going to see an end to attacks on installations in the Niger Delta?
A: The latter part of your question, on when we are going to see an end to the attacks, can best be answered by the Avengers and other militant groups. But commonsense dictates that for the sake of the economy of our country, the attacks should stop because if attacks continue, revenue will dwindle, and even that region that is very rich would no longer be able to pay salaries. It will affect everyone.

Q:Do you have a committee in this regards talking to the Avengers?
A: You know that is largely done by security. The office of the NSA is involved and you don’t do such things in the 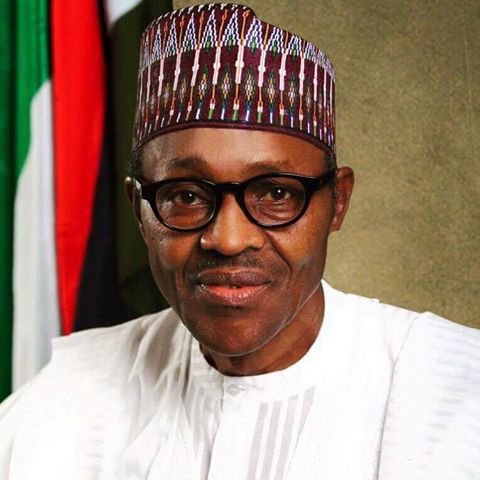