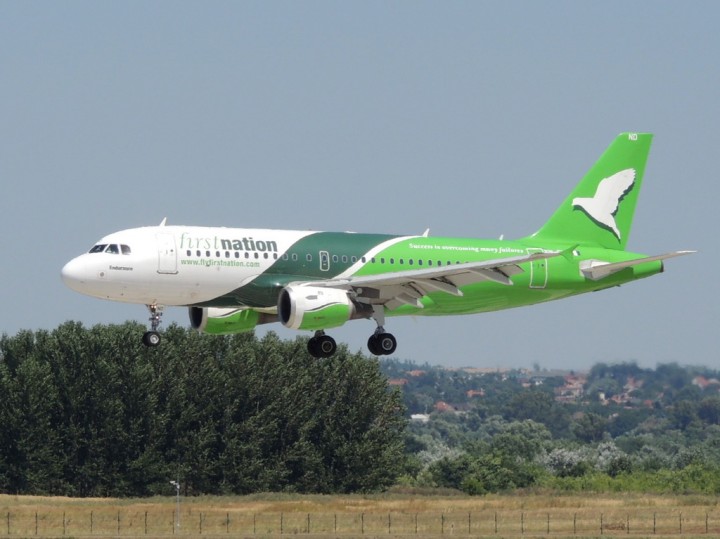 FirstNation Airways is set to resume flight operations in Nigeria on Sunday evening, one month after it suspended flights to enable the aircraft fleet undergo engine maintenance.

NAN reports the airline made the announcement through its Twitter account which stated that it would resume flights by 4 p.m. on Sunday 18th September 2016. The airline announced the suspension of its flights on Aug. 17, a development some people said created panic in the aviation sector.

Fisrtnation set to resume operations on the 18th of September after its over 3 weeks suspension due to operational reasons.

However, Capt. Chimara Imediegwu, the airline’s Director of Flight Operations, on Sept. 6, told newsmen that a team of engineers were coming to Nigeria to service the planes.

Imediegwu had debunked the claim that the airline was on the verge of folding up, stressing that it voluntarily grounded the aircraft to await the arrival of the manufacturer’s team.

He said “the FirstNation management planned well ahead and kept the Nigerian Civil Aviation Authority (NCAA) informed of the progress of the maintenance of its aircraft.

“The airline planned this maintenance action well ahead. We notified passengers and flights are currently loaded online, effective Sept. 15.

“This will ensure that passengers continue to enjoy safe and reliable services that the airline is reputed for.”

It would be recalled that another airline, Arik Air, resumed operations on Sept. 14, after suspending its flight operations for 24 hours over issues relating to aircraft insurance renewal.