Mrs Bose Kehinde, the South-West Regional Coordinator of Standard Organisation of Nigeria (SON), says 40% of the total electrical and electronic appliances imported into Nigeria are substandard. 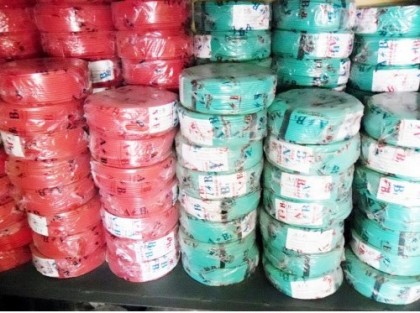 Speaking at a one-day workshop organised by SON, she said that importers of electronics and electrical components were responsible for many fire incidences in Nigeria.

Kehinde told Electrical and Electronics Dealers Association in Osogbo that they should endeavour to import products that were up to standard.

The SON coordinator warned the Nigerians against the importation of substandard electrical and electronic appliances.

She said that the usage of such products had made many families  become victims of fire disasters with destruction to lives and property.

Kehinde stressed the need to protect consumers from the danger of using substandard appliances.

The south-west coordinator expressed the commitment of SON to continued sensitisation of Nigerians on the need to eschew buying of substandard products.

Mr Richard Adewumi, the guest speaker at the workshop, said that substandard electronic and electrical appliances enjoyed more patronage because they were cheaper compared to quality ones.

Accordingly to him, it is very challenging to control importation of fake appliances because some importers often evaded inspection by regulatory agencies at the point of entry into the country.

Adewumi urged importers to always ensure that the products they import into the country complied with standards.

He also disclosed that 15 percent of the imported products into the country were counterfeits.

In his remarks, the SON Coordinator in Osun, Mr Sunday Badewole, urged importers to always buy products with warranty and users’ manual.

“Refuse patronage of importers of substandard products because the law will always deal with whosoever sells such products.

“Consumers should avoid products that have no country of origin or manufacturer’s name and address,’’ Badewole advised.