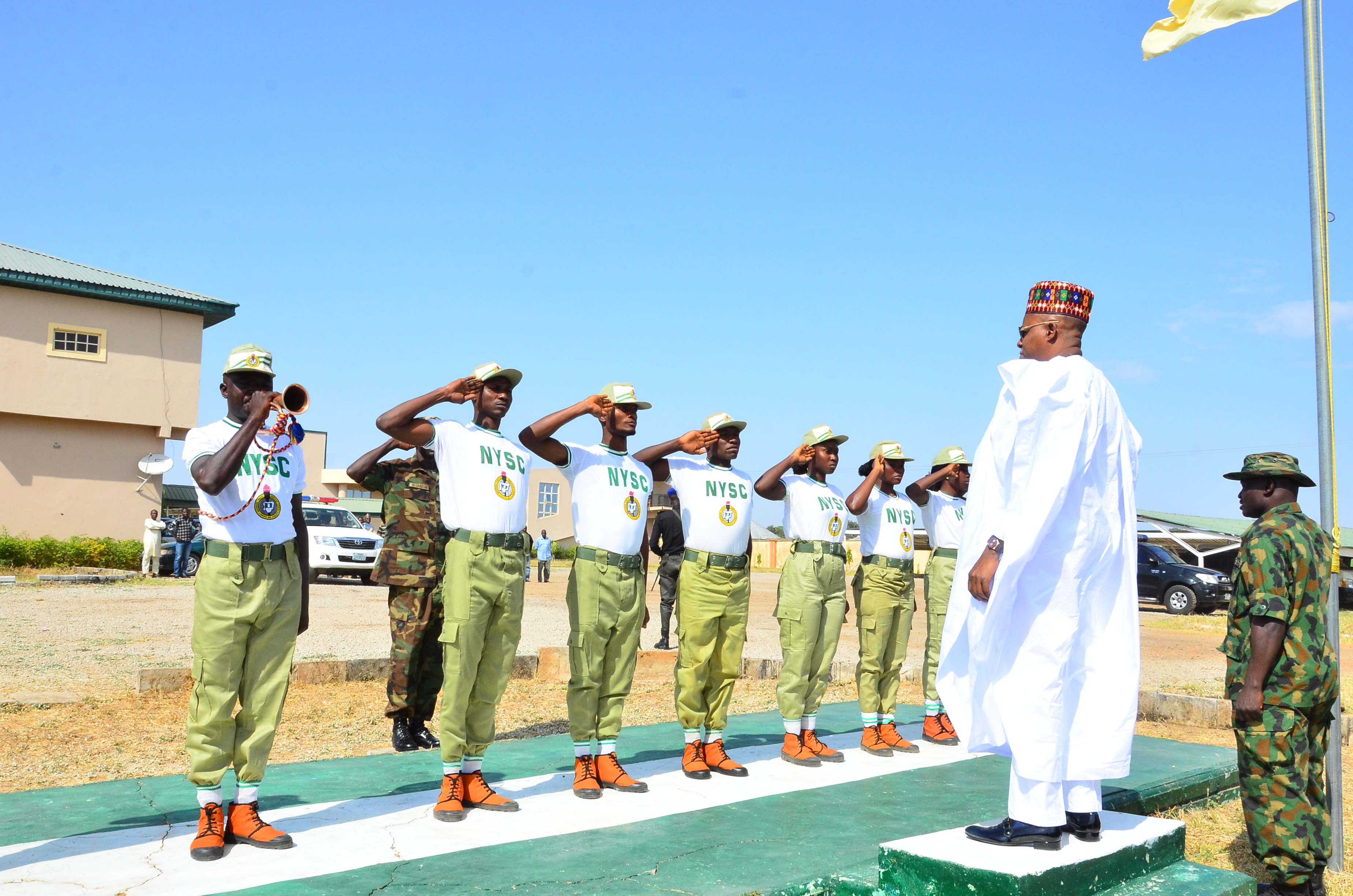 … Governor Shettima recognizes a corps member, who is a former Minister’s daughter serving in Borno.

Borno Governor, Kashim Shettima on Tuesday addressed 1,387 graduates of the Batch ‘B’ 2016 members of the National Youths Service Corps, NYSC, posted to Borno State but currently undergoing weeks of orientation at the College of Education, Kangere, 20 kilometers away from Bauchi town. Shettima told the corps members that whereas some of them may be planning re-deployment, he assured them of their safety, declaring that in the last five years, no single corps member was killed by the Boko Haram insurgents in Borno State”.

The Governor told the corps members that whoever serves in Borno under his Government would have one his or her best moments as a graduate. The Governor also said that a former Minister, whose identity wasn’t disclosed, had insisted that has persuaded his daughter not to seek redeployment out of Borno.

“The late Mahatma Gandhi said, ‘the best way to find yourself, is to loose yourself in the service of others’. I was reliably informed that amongst you here, there is a daughter of a former Minister, posted to Borno like all of you. The former Minister, I am told, said to his daughter, ‘I love you so much but I want you to serve this country in Borno State where you have been posted because service to our country requires sacrifice. If everyone re-deploys from Borno, what happens to the people of Borno who have suffered so much and need to be supported?’. I want to thank that former Minister and appreciate his patriotism. I assure you all of your security Insha Allah. No Corps member was killed in the last five years. We will give you the best of secured accommodation, we will give you extra allowances, the NYSC can bear testimony to how we support corps members posted to Borno. Also, there are many international partners from the UN, local and International NGO’s operating in Borno, these are additional avenues for many opportunities you can also have to develop your potentials. I served in Calabar, the Governor of Bauchi State who is here with me, served in Port Harcourt. The whole essence of NYSC is for us to move out of our comfort zones to know our country, to build bridges that can last our lifetimes and to give back to our countries” Shettima said.

The Governor who passionately sang the NYSC anthem ‎to the amazement of the corps members announced the donation of food items that included dozens of cows, 100 bags of rice, beans and other ingredients.

Earlier, the State Coordinator of the NYSC in Borno State, Alhaji Lawal Turawa ‎thanked the Governor of Bauchi State, Barrister Mohammed Abubakar for relocating the corps members from an initial camp in Bauchi which had problems, to the College of Education, Kangere, which he describes as very convenient for the orientation.

Our correspondent reports that corps members posted to Borno, Yobe and Adamawa States had held successive camps for swearing-in, orientation and passing- out- parades in different States based on decisions by the NYSC headquarters in the last 3 or 4 years due to security challenges in the northeast. After camps, some corps members seek re-deployment while many others report to their respective States of initial posting in the northeast.