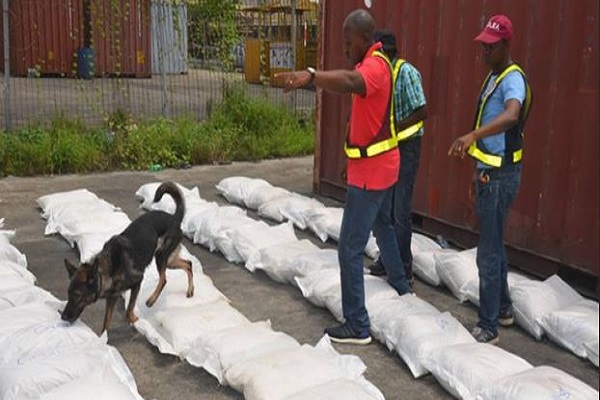 NAN: A supposedly dead man was arraigned by the NDLEA(National Drug Law Enforcement Agency) at a Federal High Court in Lagos Tuesday.

Uba Ubachukwu Collins, listed among three Bolivians and another Nigerian, is facing  trial for allowing a property in Satellite Town Lagos, to be used for the production of methamphetamine, a banned drug, as powerful and harmful like cocaine or heroine.

The second count against him was that he was also involved in the distribution of a controlled drug called Acetone.

When the charge was read, Collins lawyer, Mr Mackings Ezenya told the court that the accused was dead.

He sought to prove his demise with an affidavit deposed by him.

But the prosecutor, Mr. Abu Ibrahim, urged the court to discountenance the affidavit as  it was not supported with any doctor’s report certifying that the accused person was dead.

Justice Oluremi Oguntoyinbo ordered the lawyer to attach a death certificate from either government or private hospital indicating that the accused person was truly dead .

When Uba Collins was arrested in February 2012 by the NDLEA, along with the Bolivians, his age was put at 23.

The other Nigerian charged with Collins was named as Basil Ikechukwu.

He was charged with  three counts. He was not only  charged with  allowing the said property to be used for the unlawful storing of the controlled drug, but also charged with aiding and financing the convicted Bolivians in production of the drug.

The trial of the fourth accused person, Basil ikechukwu Uzoka, has been adjourned till 12 December 2016.