Official death toll at Reigners Bible Church is now 50, other estimates put the figure at 160. Rescue workers are still battling to evacuate victims in the Reigners Bible Church in Uyo, following Saturday Service roof collapse in the church. Senior Akwa Ibom State government officials are suspected to be among the victims as well.

Akwa Ibom Governor  Udom Emmanuel was a guest at the Reigners Bible Church for the consecration service of the Founder of the church, Apostle Akan.

The collapse of the Lodge in Synagogue Church of all nations in Lagos killing 115 people in 2014 is still an ongoing row between Nigeria and South-Africa. These are avoidable tragedies. Not just in Uyo but rest of Africa and beyond. Engineers, architects are not trained to construct buildings that will kill people 30 minutes into a service.

A Six-story building in Nairobi collapses killing 12, injuring 132 . The cause of the collapse was attributed to “heavy rains”. Since when did it become LEGAL for heavy rains to cause the collapse of buildings? Another three-storey building in Mumbai, India collapses most of the Victims are believed to be construction workers who were involved in the building repair works. 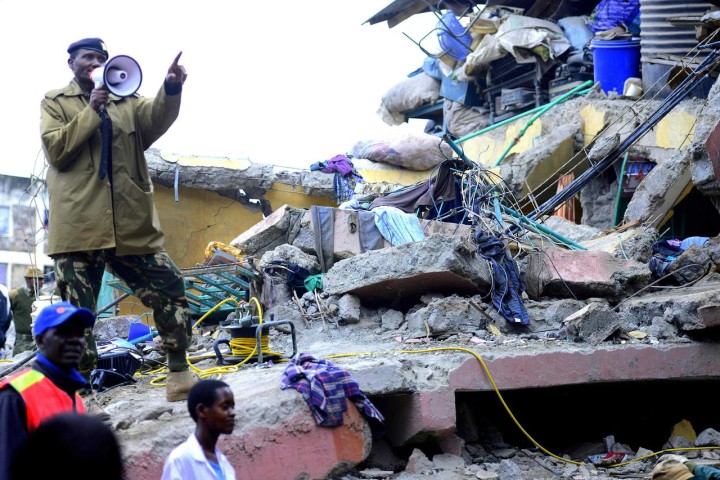 The heavy rains have caused other fatalities. Four people died when a wall collapsed Friday in the affluent Hurlingham area and two people drowned when they were swept away by floodwaters in the capital’s industrial area, said Mr Koome, the Nairobi police chief. 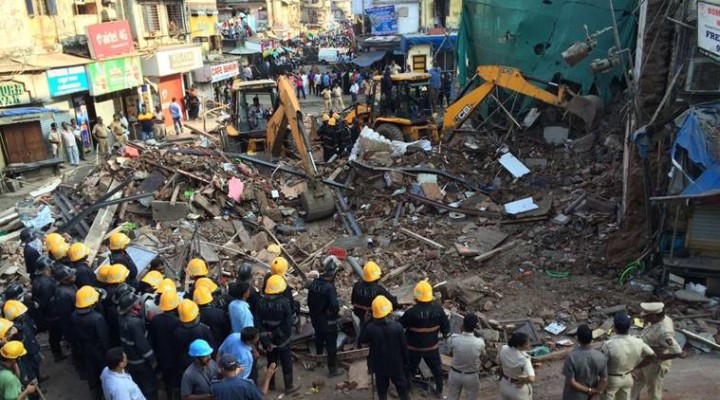 A report in Mumbai, India has it that SIX people died and two others suffered injuries after the collapse in Kamathipura on Saturday. The building, named Gulmohar, was over a hundred years old and was undergoing repair work, which was being overseen by the MHADA, a Building company.

Despite being over a hundred years old, the building, as per MHADA’s records was not declared dilapidated. The repair work of the building was being funded by MLA Amin Patel who has raised questions over the inspection of the building by the MHADA officials. “If an engineer is not able to determine whether a building is dilapidated or not, what kind of an inspection is being carried out? A probe will be carried out and the persons responsible for this will be penalised,” said Patel. The work order for the repair work of Gulmohar building, which was supposed to continue for the next eight months, was issued on April 28.

The MHADA insisted that the building did not show any cracks or signs of being in a dangerous condition. “We had conducted a visual inspection of the building and had not found the building to be dilapidated. The building had a conventional structure with load-bearing walls and wooden beams. There were no signs of the building being dilapidated,” said Sanjay Jadhav, the in-charge executive engineer of MHADA. Next question for all will be how come it collapsed, suddenly?

First, building experts blamed building collapses on the use of low-quality building materials coupled with employment of incompetent artisans and weak supervision of workmen on site. Second, findings revealed that the blames of building collapse were due to non-compliance with specifications/standards, use of substandard building materials and equipment and the employment of incompetent contractors. Third, the opinion of the academia on remote causes of building collapse showed that the route causes are mainly the non-enforcement of existing laws and endemic poor work ethics of Nigerians at large. In addition, government all over the world should, on one hand, embark on proactive steps by mustering enough political will to allow the Town Planning Authorities to perform their functions unfettered and on the other hand, provide the legal framework that can improve and ensure smoother, less time-consuming and less burdensome ways to conduct business in the functioning of law courts.