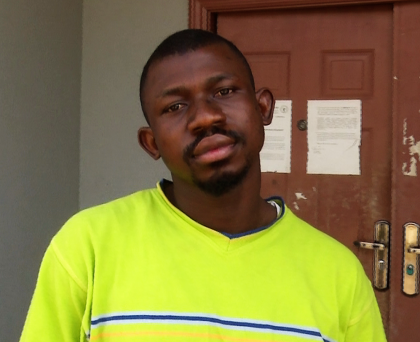 The Spokesperson of the Economic and Financial Crimes Commission, EFCC, said that on Thursday, December 15, 2016, the Agency arraigned one Idris Obaro before Justice A. I. Kutigi of the Federal Capital Territory High Court sitting in Apo, Abuja on a 3-count charge of fraud to the tune of N300,000.00 (three hundred thousand naira).
Obaro was said to have presented himself as head of finance, Federal Ministry of Petroleum Resources, Abuja. In that assumed capacity, he allegedly promised to secure a job for the complainant in the ministry and succeeded in defrauding him to the tune of N300, 000.00 as the fee for employment.The offense contravenes Section 1 (1) of the Advance Fee Fraud and Other Related Offences  Act, 2006 and punishable under Section 3 (1) of the same Act.
Read Also; How Biometrics Companies Conspired to Siphon Pension Fund -EFCC
Count one of the charge reads:  “That you, Idris Obaro of No. 5 Agassa Okene, Kogi State in the month of January 2014 in Abuja within the Judicial Division of the High Court of the Federal Capital Territory did with intent to defraud obtain the sum of N105, 000.00 (one hundred and five thousand naira only) from one Osang Miriam Badmus of Jikwoyi Phase II, Abuja under the false pretence of securing her a job with the Federal Ministry of Petroleum Resources which you knew to be false.”
Read Also; EFCC arrests an illegal oil vessel at the point of discharge
The accused pleaded not guilty to the counts.
Counsel to EFCC, I. G Odibo, asked the court for a date for trial, but the defense counsel, Femi Motojesi urged the court to admit the accused to bail pending trial.
Justice Kutigi admitted the accused person to bail in the sum of N250, 000.00 (two hundred and fifty thousand naira) with one surety in like sum. The surety must be a civil servant not below salary grade level 8.
The case has been adjourned to March 2, 2017, for hearing.