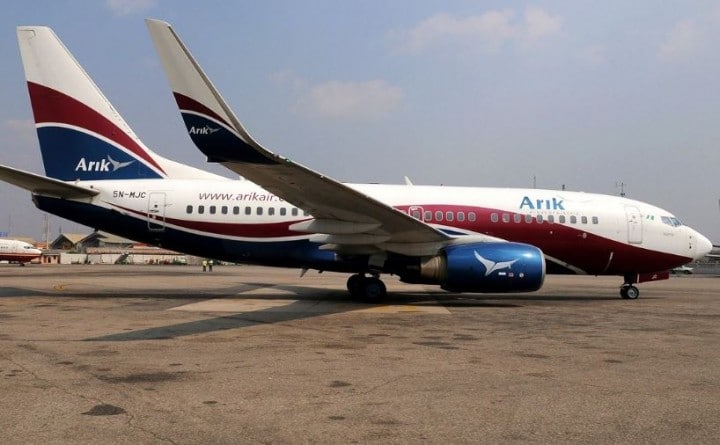 Hundreds of Arik air travellers were left stranded on Tuesday at the Nnamdi Azikiwe International Airport, Abuja as the staff of the Nigeria’s biggest carrier, Arik Air embarked on an indefinite strike.

The News Agency of Nigeria (NAN) reports that aviation unions had directed the commencement of a joint strike with effect from Tuesday over the airline’s failure to pay seven months’ salary arrears to their members.

When NAN correspondent visited the airport on Tuesday, there were no Arik workers on their ticket counter while many passengers were lamenting the situation.

NAN reports that the situation has been made worse by the fact that the bulk of travellers from the airport fly with the airline.

Many domestic airlines are also not flying because of aviation fuel scarcity.

An official of the Airport who did not want his name in print told NAN that Arik had been the only domestic carrier with the capacity to manage the passenger traffic.

He said that the situation if not urgently handled, could affect flight operations during yuletide when there would be traffic upsurge.

A passenger, Mr Isaac Debo, who said he was not aware of the development, lamented that he had missed business engagement in Lagos.

Debo who describe the situation as a national embarrassment for Nigeria called on the management of Arik to urgently address the issue and resume operation.

Attempts to get the reaction from the management of the airline to the strike were not successful as calls to its spokesperson, Ola Adebanji were neither answered nor returned as well as text messages.

NAN recalls that the unions had vowed that the strike would continue indefinitely until their demands were met by the management of Arik Air.