Lagosians are scrambling for Lake Rice, the branded rice produced by Kebbi and Lagos States. 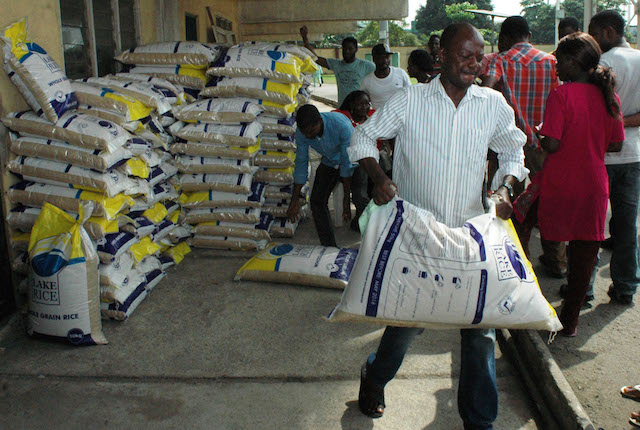 The successful partnership between Lagos and Kebbi states that gave rise to the local production of LAKE Rice (Lagos-Kebbi Rice) has been applauded by President Muhammadu Buhari.

When Reporters visited the Oko-Oba, Agege sales point, two 40 foot trailers were seen loaded with the produce, while a crowd queued at the centre to purchase the rice.

In a statement by Femi Adesina, Buhari particularly saluted the commitment of Governors Akinwunmi Ambode and Atiku Bagudu in bringing to fruition the Memorandum of Understanding (MoU) signed in March 2016 on substantially meeting the country’s rice requirement.

He also expressed delight at the relatively cheaper price of LAKE Rice especially at this period of recession. Lake Rice is being sold for N12,000 per 50kg bag. 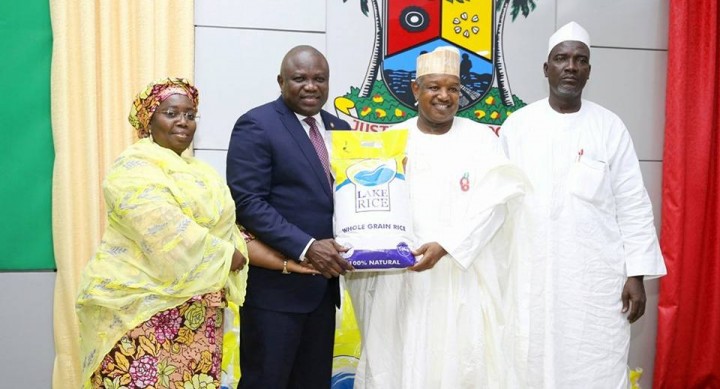 “It gladdens my heart to get reports of our citizens rushing to purchase this cheaper local rice to enable them and their families enjoy the Christmas and New Year celebrations,” the President noted.

According to President Buhari, what the two states have done is “evidence of a new base being laid for the Nigerian economy, founded and propelled by agriculture, away from substantial dependence on oil and gas for national revenue.”

The President recalled that in his 2017 Budget presentation before the National Assembly, he said that “a new era is rising in which we must grow what we eat and consume what we make,” adding that the LAKE Rice achievement is in furtherance of the goal.

He urged other state governments to replicate the laudable example of LAKE Rice in producing other staple crops and dairy products.

He also pledged the Federal Government’s readiness to continue to support such initiatives by providing the enabling environment, policies and incentives for agriculture to thrive in order for the nation to achieve food security.

The President remains optimistic that Nigeria will attain rice sufficiency by 2019.