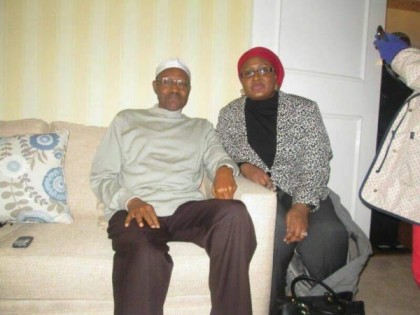 Dorcas Jonah: On the departure of the wife of Solomon Dalung, the Minister of Youth and Sports, President Muhammadu Buhari expresses his condolences from the United Kingdom.

In a statement issued on Tuesday in Abuja by Nneka Anibeze, the Special Assistant, Media to the minister, said the president commiserated with Dalung through the telephone from London.

Buhari, who expressed shock at the death of Mrs Dalung which came at an unripe age, prayed that God would forgive her sins.

He also prayed to God to give the family she left behind the fortitude to bear the loss.

The President promised to support the Dalung family in their moment of grief.

Mrs Dalung is survived by her husband and five children.

She died after a brief illness on Jan. 29, in Jos.

The minister had announced the demise of his wife via his official Facebook page saying it is a huge loss that he could barely continue.

The funeral arrangements will be announced by the family soon.