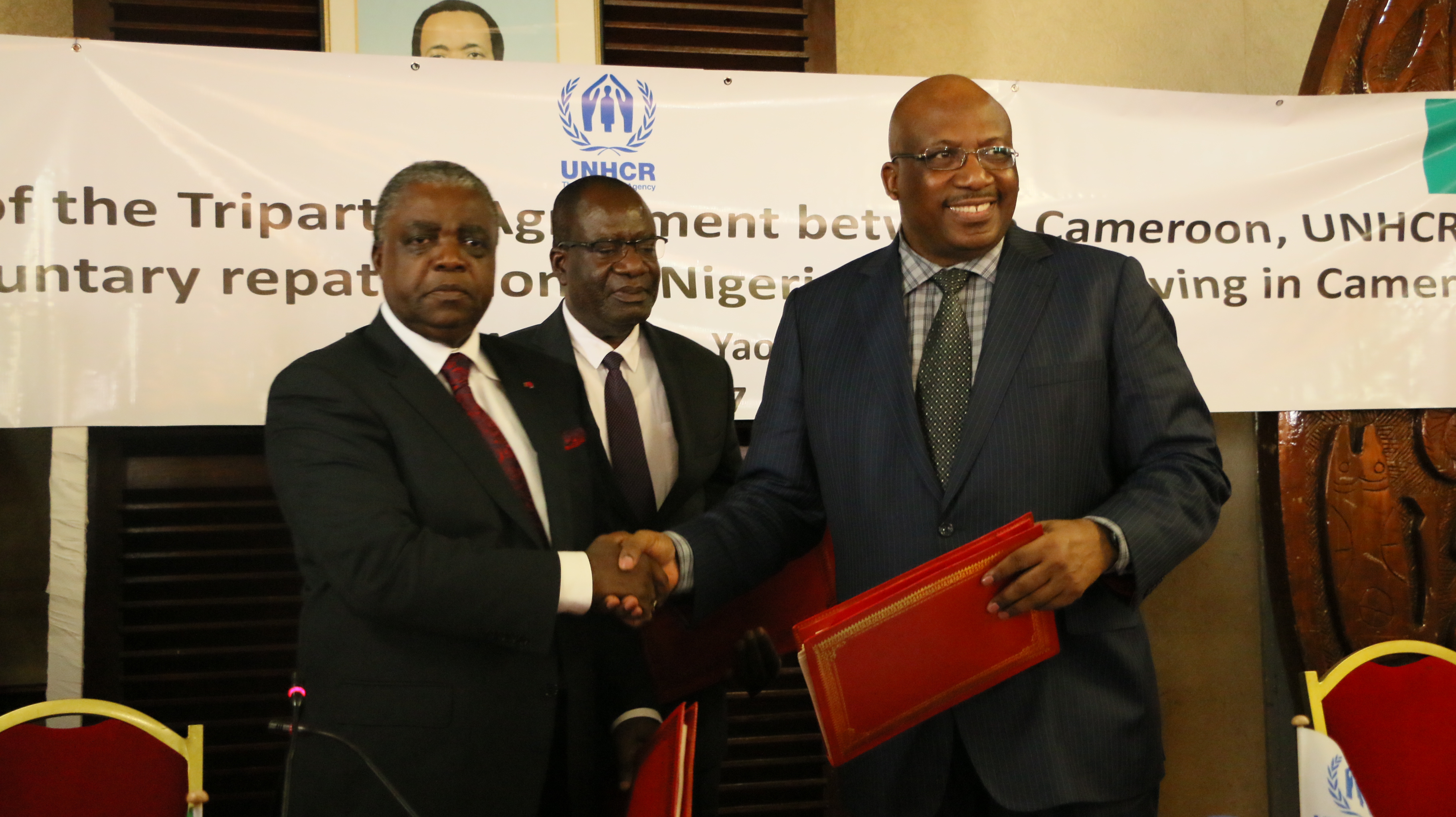 EHISIENMEN OSAIGBOVO, Abuja: The Honourable Minister of Interior, Lt Gen (Rtd) Abdulrahman Bello Dambazau has reassured Nigeria Citizens who fled to Cameroon in the wake of Boko Haram attacks on communities in the North East, that government is committed to ensuring their safe return to their homes in areas liberated from Boko Haram elements by Security forces.

This assurance was given at the signing of a tripartite agreement for the voluntary repatriation of Nigerian refugees living in Cameroon. The agreement signed in Yaounde, the Cameroonian capital between the governments of Nigeria, Cameroon and the United Nation Human Right Commission for Refugees (UNHCR) seeks to among others, ensure that:

The Nigerian government pledged its commitment to ensuring the return of affected persons to safe, secure and economically viable communities. Gen Dambazau noted also that the tripartite agreement was sequel to an earlier visit to the Minawao refugee camp in Northern Cameroon which holds over 60,000 Nigerian Refugees, and at other locations, thus necessitated robust discussions between President Muhammandu Buhari and his Cameroonian counterpart, President Paul Biya, in Abuja last year.

On his part, the host Minister of Territorial Administration and Decentralization Mr Rene Emmanuel said Cameroon will abide by   the signed agreement, while the Representative of UNHCR Kouassi Lazare Etien pledged his commitment to ensuring that voluntarily repatriation is done in accordance with the tripartite agreement.