Over 160 buildings were destroyed by a rainstorm which wreaked havoc on four villages in Potiskum Local Government Area of Yobe on Wednesday. 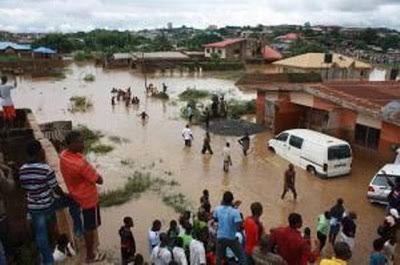 Eyewitnesses said that although there were no deaths, one boy had bone fractures, while a few others sustained minor injuries.

They said that the persons whose houses were destroyed had relocated to the houses of their relations within the neighbourhoods or in adjacent communities.

Malam Isa Audu, a resident of Danchuwa, whose house was ravaged by the rainstorm, said that the storm also swept away foodstuff and other personal belongings.

“We are now faced with the problems of food and clothing; we urgently need assistance from government and non-governmental organisations,’’ he said.

Alhaji Musa Jidawa, Executive Secretary, State Emergency Management Agency (SEMA), said that a team of officials had been dispatched to the affected communities to assess the level of damage caused by the storm.

“After the assessment, our findings will determine the scope of our intervention to provide succour to the victims.

“Government will provide them with their immediate needs so as to cushion the hardships caused by the disaster and assist them to live their normal lives again,’’ Jidawa said. (NAN)