The Nigeria Labour Congress (NLC) has urged the Chinese companies operating in the country to respect the right and dignity of the Nigerian workers. 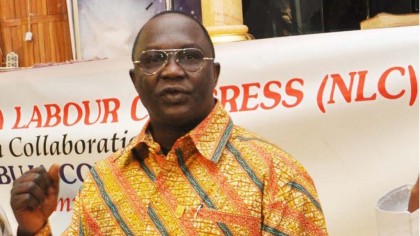 Mr Ayuba Wabba, NLC President made the call when he received a delegation of the All China Journalists Association in his office on Thursday in Abuja.

Wabba said that this was imperative as there were lots of complaints of maltreatment of workers in their companies.

“But, as organised labour in this country we are not unmindful of the development assistance being extended to Nigeria by the Chinese government.

“However, the issue of abuse of the rights of workers in this country by the Chinese companies will no longer be condone by the workers.

“So, we want to ask you journalists to prevail on those companies, ”he said.

Wabba, however, commended the Chinese government for its developmental assistance to many African countries.

He said such assistance to the Nigerian government would go a long way in assisting infrastructural development in the country.

The NLC president called on the Chinese government to extend their business interest in the country to the development of the Ajaokuta Steel Company.

He said if fully develop, the company would be in a position to provide the steel needed to develop the railway sector in the country.

Earlier, Mr  Abdulwhaeed Odusile, President, the Nigeria Union of Journalists (NUJ), who led the visiting Chinese Journalists to the NLC secretariat described NLC as the engine room of Labour in the country.

Odusile said the NUJ was fully in support of the agitation by the congress to better the lot of Nigerian workers, including protecting them from any form of abuse by employers.

He told the delegation that the union planned to secure a television license from the government to enable it establish a television station of its own in other “to tell our own story our own way.”

The NUJ President said it was unfortunate that all stories about developing  countries emanating from the western media had always been negative.

He said that the union intended to collaborate with their Chinese counterparts in capacity building and “telling the story of developing nations.”(NAN)