FG approves N1.6bn for disbursement to flood victims in 16 states

Acting President Yemi Osinbajo on Wednesday in Abuja ordered the immediate release of N1.6 billion for disbursement to victims of flood in 16 states of the federation. 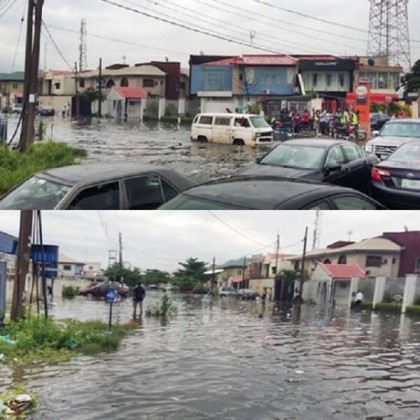 Mr Femi Adesina, the Special Adviser to the President on Media and Publicity disclosed this when he briefed State House correspondents after the meeting of the Federal Executive Council (FEC), which was presided over by Acting President Yemi Osinbajo.

He said that the Minister of Finance, Mrs Kemi Adeosun, had already been directed to release the amount directly to the National Emergency Management Agency (NEMA) for onward disbursement to the victims in the affected states.

“The Acting President has approved the sum of N1.6billion as immediate intervention for the victims of flood in 16 states. 16 states have been ravaged by flood.

“So, 16 states ravaged by flood and the sum of N1.6billion has been approved for immediate release as relief for people in those states and communities involved.

“The money is going to be taken from the Federal Government Ecological Fund Account at the Central Bank of Nigeria and the Minister of Finance is to release the fund direct to NEMA, which is, National Emergency Management Agency.’’

It will be recalled that the balance of the Federal Government Ecological Fund as at June 29 was N29.8billion

Adesina said the acting president also gave approval for the Presidential Committee on Flood Relief and Rehabilitation to give additional support to the victims in the affected states.

The Minister of the Federal Capital Territory (FCT), Malam Musa Bello, who also briefed the correspondents on the outcome of the Council’s meeting, disclosed that two memoranda were approved for the FCT.

He said the approval included the award of a N159 million contract for the engineering design of a sewage line to capture Katampe, Gwarimpa, Kado, and other districts of the FCT.

He said that N2.5 billion was also approved for the completion of the Kabusa road project within 12 months. (NAN)