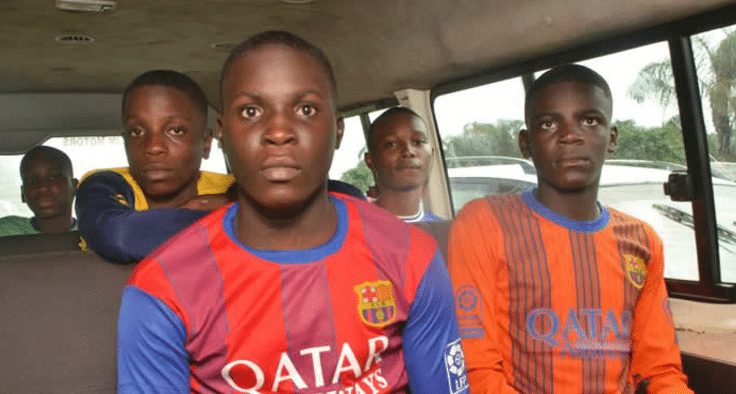 The six Senior Secondary School Students of Lagos State Model College, Igbonla, Epe, who were abducted on May 25, 2017, have regained freedom in Ondo State.

A very reliable source close to the Inspector-General of Police’s Intelligence Respond team confirmed the release to the News Agency of Nigeria (NAN) on Friday in Lagos.

The source also told NAN that the students were rescued from Aboto Creek, Ilaje Local Government Area of Ondo State, at about 3.30p.m on Friday.

NAN gathered that their release was made possible by the Lagos and Ondo state governments and the police.

The students are: Pelumi Philips, Farouq Yusuf, Isiaq Rahmon, Adebayo George, Judah Agbausi and Peter Jonah.
“They are with the police authorities in Ondo State. I think they should be on their way to Lagos now,” the source told NAN.

Another source close to the Ondo State Government also confirmed the development to NAN on Friday in Akure, saying that the kids were released to Ondo government delegation in Ajakpa Community in Ese Odo Local Government Area of the state.

NAN gathered that the government delegation was led to the creek by the Deputy Governor, Mr Agboola Ajayi.

“The kidnappers vowed not to release the kids to any other state than Ondo. This prompted Gov. Oluwarotimi Akeredolu to direct his deputy to secure their release, and they were released to the deputy governor this afternoon.

“Earlier today, the militants released the students to the deputy governor between Ajakpa and Igbonla creek. The children said they were not maltreated by their abductors,” the source said.

It was gathered that when the kidnappers established contact with the parents, a ransom of N400m was demanded but it was later reduced to N100 million, following the inability of their parents to meet with the demand.

The kidnappers were said to have advised the parents to reach out to others, including mounting pressure on the Lagos State Government of to raise the money. (NAN)