The Federal Ministry of Environment says it is embarking on a massive campaign against indiscriminate dumping of solid waste in the country. 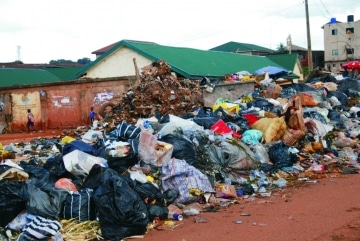 Mr Uche Egwuatu, the Deputy Director, Department of Erosion, Flood and Coastal Management of the ministry, said this in an interview with News Agency of Nigeria (NAN) on Tuesday in Abuja.

Egwuatu said that the mandate of his department was to execute projects and programmes aimed at sensitising the citizens to the myriad dangers of indiscriminate dumping of solid waste.

He said that the unwholesome habit of dumping waste indiscriminately had caused flooding in parts of the country.

“It is our mandate to go ahead, whether there are rains or not, to implement projects and programmes that will stem the incidence of flood,’’ he said.

Egwuatu said that the ministry was prepared to tackle the recurrent menace of flood as the rainy season set in.

“We appropriate budgetary provisions, we undertake civil works to execute the channelisation of waterways.’’ he said.

The deputy director said that the ministry had developed an information dissemination system on potential floods tagged “Flood Early Warning System”, targeting the commissioners of environment of the 36 states of the federation.

“We also disseminate information from the state ministries of environment to people at the grassroots; we do this by getting in touch with every commissioner of environment in the 36 states.

“We get in touch with them and we disseminate whatever flood information we have to them; then, they go down to the grassroots and alert the people.’’

Egwuatu said that the “Flood Early Warning System’’ had recorded many feats, as it had kept the environment free from flooding in recent times. (NAN)

NEWER POSTKebbi is the most peaceful state in the history of Nigeria – Gov. Okorocha
OLDER POSTSuper Cop Kyari and Other Special Teams Arrest 32 Kidnappers At Katari On Abuja-Kaduna Highway