The National Coordinator of Oodua Peoples Congress (OPC), Chief Gani Adams, has urged the National Assembly to amend the constitution to meet the people’s aspirations and resolve constitutional imbalance. 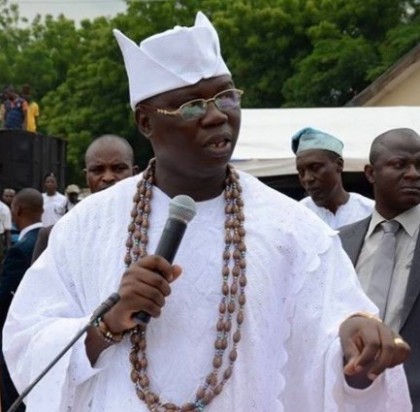 Adams told the News Agency of Nigeria (NAN) on Tuesday in Lagos that constitution amendment would be the opportunity to redress constitutional problems and the issue of devolution of power.

“The National Assembly should not miss the golden opportunity to save Nigeria from the core issues of constitutional problems and the issue of devolution of power.

“Devolution of power to the regions or regional government is the only way to save the country, and in the interest of peace, we need to find a way of going back to regional governance.

“We cannot guarantee peace in Nigeria except we go by the way of people’s wishes and aspirations for regional government,’’ he said.

Adams said that people could not be silenced through intimidation from the government but that government should do the right thing when there is time.

“This government still has about five months before campaigning for re-election, so it needs to do something for a peaceful nation. There are lots of injustice; injustice in the political structure and constitution.

“The present 1999 constitution that we are operating is foisted on us by the military; we are not part of it as it is being claimed. It is not a Federal Republic Constitution.

“Delayed justice is denial and the constitution is not in the in the billings of the electorate. People are hungry and also angry. People have noticed the insincerity in government.

“People cannot be silenced, on the insincerity of government, it must do the right thing now to have the people’s confidence,’’ Adams told NAN.

He said that power must return to the people, adding that no voice could be silenced if there were imbalances in the government.

“How long does government think they can silence the people? We have a population of about 180 million, and if we want appropriate figure we are about 220 million.

“What is the strength of the government against the will of the people, the government can’t continue to do its wish because the world is now a global village.

“The only way for government to be in the good records of the people is listen to their wish and so will we have a peaceful nation,’’ the national leader of the Pan-Yoruba socio-cultural group said. (NAN)