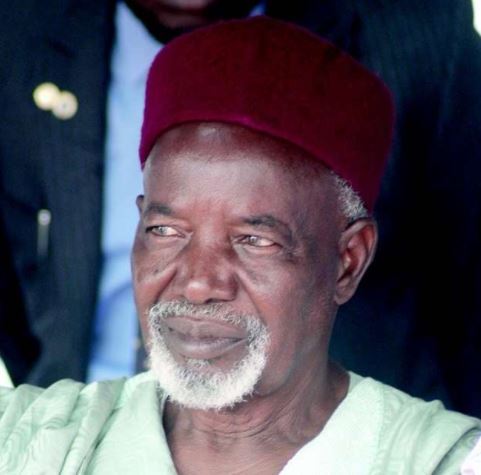 Former Kaduna governor Balarabe Musa has said that “saboteurs” were behind groups issuing quit notices to Nigerians living in some parts of the country.

Musa, who condemned such notices in a telephone interview with the News Agency of Nigeria(NAN) on Saturday, said that the development was a threat to Nigeria’s unity.

The People Redemption Party (PRP) leader was reacting to the Indigenous Peoples of Biafra (IPOB)’s reported rejection of the withdrawal of quit notice given to Igbos to leave the north, and a fresh quit notice given to Yoruba and Hausa persons resident in the Niger Delta to quit the region before Oct. 1.

“The quit notices are designed to escalate tension in the country and promote disaffection among citizens.

“Clearly, the issuers of such notices are irresponsible groups being backed by some people in their respective regions to issue the notices.

“Such backers are saboteurs ready to undermine the unity of the country for their own parochial ethnic and political interests.

“It is sad that issuance of quit notices to Nigerians resident in other states is now the order of the day.

“The development threatens the unity of the country and the peaceful co-existence of all citizens.

“The groups issuing the threats are not doing that alone. They are actually acting scripts by some people in their regions who are supposed to be leaders.

“These backers are saboteurs who are bent on undermining the unity of the country for their personal and parochial interests,” he said.

The former governor urged the government to take the right steps to arrest the development in the interest of peace and progress.

On the rejection of quit notice withdrawal by IPOB, Musa said that such rejection was not relevant because IPOB could not force Igbos, who had chosen to live in the North, to leave by October 1.

The former governor noted, however, that the northern youth group that issued the quit notice did not have the power to implement their threat.

“All these groups issuing quit notices and threats do not have the powers to do anything.

“They only create tension in the polity and threaten the peace of the country .

“They can’t tell people where to live. They are nonentities who are just claiming an influence they do not have,” he said.

He said that the responsibility to keep the country together was that of every citizen, and urged leaders and politicians to promote peaceful co-existence in their respective regions.