Senate says plans have been concluded to hand companies found culpable in its investigation into alleged N30 trillion revenue scam in the import and export value chain to Economic and Financial Crimes Commission(EFCC) for prosecution. 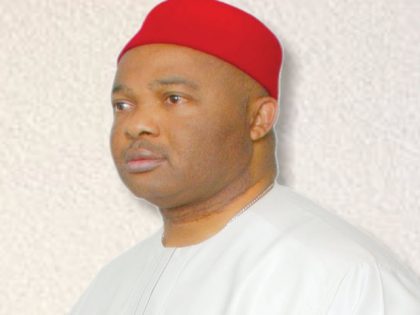 The Chairman of the Joint Committee on Customs, Excise and Tariff and Marine Transport, Sen. Hope Uzodinma, made this known in an interview with newsmen on Wednesday.

He said those to be handed over to the EFCC were those found to have manipulated the foreign exchange procedure and those involved in money laundering, round tripping and abuse of foreign exchange manual.

He said the committee would pass all established evidences against the companies to the commission for immediate prosecution.

Uzodinma also said that companies with established cases of infractions within the import, export value chain would be referred to the Nigeria Customs Service for blacklisting.

“We have also established another department of the investigation, which is abuse of fiscal policies from Federal Ministry of Finance .

“Most of these companies that have applied and gotten approval as manufacturers of different products, assemblers of various products but import finished goods in the name of CKD (Complete Knock-Down) will be charged for economic crime.

“We are going to follow up the prosecution with all evidences available to us.

“As we are about concluding our investigation on the 60 selected companies being currently investigated, it is very clear that so much collectable revenues are still hanging.

“These are monies that government would have used to ease governance and provide necessary infrastructure and amenities to the citizenry.

“So, this committee will not sit back and allow the economy to crumble. This is just 60 selected companies. We are visiting over 1000 companies,’’ he said.

The lawmaker said of the 60 companies in its first phase of investigation, the committee had been able to interact with 50 while 10 of the companies were on the run.

He vowed that the committee would ensure that those companies were fished out by the relevant security agencies.

On funds recovered so far, Uzodinma said a significant amount of money had been returned by some companies.

He said“ many of those companies have paid partially. I know that with the evidences we have against them we are confident that these companies are now aware that we caught them.

“We cannot let go of what belongs to government.’’

On delay in concluding the ongoing investigation, the lawmaker assured that interrogating the remaining companies would be faster than the first 60.

He added that the committee took time to carry out preliminary investigation because it needed to establish the necessary benchmark .

He stressed that “now that we have all that and the modus operandi has been established we will put it on auto pilot and it will be faster.’’(NAN)