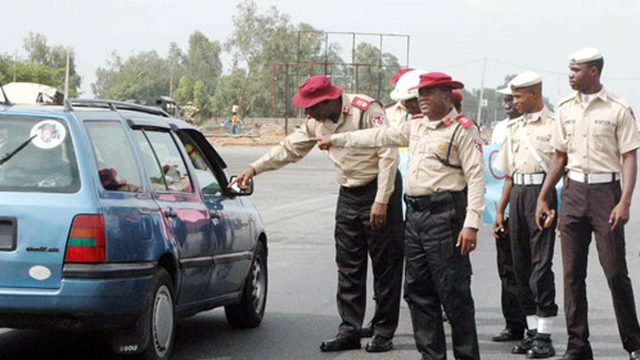 Oladele, who was represented by Mrs Nimita Okoro, Sector Transport Standisation Officer, gave this advice at the flag off of the 2017 ember months on Thursday in Ota, Ogun.

The News Agency of Nigeria (NAN) reports that the flag off has as its theme, “Right to Life on The Highway Not Negotiable’’.

Oladele stressed the need to enlighten road users on their safety during ember months, particularly the yuletide to reduce carnage on the roads.

The Sector Commander, however, urged drivers to be mindful of other road users during the festive period.

”The drivers should be considerate by not doing something that would endanger other road users,” he said.

He also implored drivers to always inspect their tyres before embarking on any journey and adhere strictly to all road traffic signs.

Mr Joshua Ibitomi, the Agbado Unit Commander of FRSC, said that the campaign was aimed at creating awareness among motorists and other road users on the need for safety during the ember months.

Ibitomi said that FRSC recorded 5059 crashes with 2745 deaths between January and June.

”There is the need to apply caution on our roads because some of the victims are important personalities and breadwinners of their families,” he said.

The unit commander warned drivers to desist from using expired tyres, as records showed that it was a major contributor to road crashes in the country.

“You should always use the seat belts and desist from receiving phone calls while driving as well as adhere to commonsense speed limit,’’ he said.

Ibitomi noted that safety on the highways during the ember months was a collective responsibility of all road users.

He said the FRSC would increase patrol operations and continue to interface with officials of road transport unions to explore ways of effectively reducing road crashes this season. (NAN)