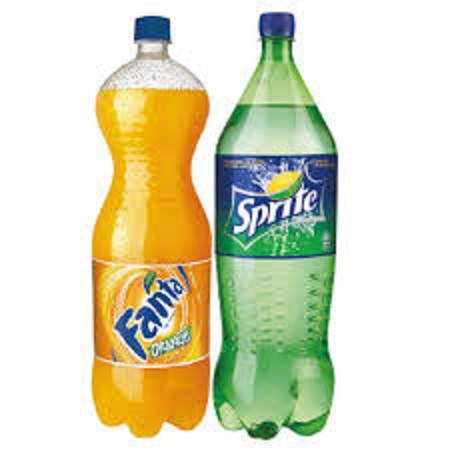 Jessica Onyegbula: Coca-Cola products, Fanta, Sprite and Coke manufactured in Nigeria are safe for consumption following rumours online of the danger of mixing Vitamin C. the Federal Ministry of Health said in Abuja on Friday.

The ministry gave the assurance after a meeting summoned by the Minister, Prof. Isaac Adewole, to discuss the recent judgment on the case filed by Fijabi Holdings against the Nigeria Bottling Company and NAFDAC.

Adewole explained that both benzoic acid and ascorbic acid (Vitamin C) were ingredients approved by International Food Safety regulators and used in many food and beverage products around the world.

“Codex Alimentarius Commission (CAC) is the organisation established by Food and Agriculture Organisation of the United Nations (FAO) and World Health Organisation (WHO) to set internationally recognised standards, codes of practice, guidelines relating to foods, food production and food safety.

“In the case of benzoic acid, the standard set by Codex was 600mg/kg until recently reviewed to 250mg/kg and adopted in 2016.

“With reference to the Codex standard and other relevant documents, Standards Organisation of Nigeria (SON) in consultation with and relevant stakeholders elaborated the standard of benzoic acid in soft drinks to be at 250mg/kg based on the national climatic and storage conditions.

The minister stressed that the levels were in compliance with both the Codex and Nigeria Industrial Standards, stressing that the Coca-Cola products manufactured in Nigeria were safe for consumption in view of the following reasons:

“Risk assessment was conducted to ascertain maximum limits of food additives acceptable in foods. This takes into consideration the environmental, storage and distribution conditions as well as the shelf life of food products.

“There was a routine inspection conducted at Nigeria Bottling Company by NAFDAC officers in December 2016, which was satisfactory.

“With reference to the Codex standards, each country or region is permitted to adopt a standard and limit based on country-specific scientific evidence such as environmental, storage and distribution conditions,” he added.

Adewole noted that benzoic acid as a preservative prevents the growth of micro-organisms which thrive more at higher climatic temperatures like in Nigeria.

He said that due to the different environmental conditions obtainable in the UK, the standard for benzoic acid was set at a lower limit of 150mg/kg, while in Nigeria it was set at 250mg/kg even below that of Codex (as at time of production of that batch; Codex limit was 600mgkg).

Besides, the minister said that food products being imported into a country must comply with the relevant standards of the destination country.

“NAFDAC has processes in place to ensure products imported into the country are evaluated to ascertain compliance with required Nigeria Industrial Standards.’’

Adewole further said that the claimant did not obtain NAFDAC certification before export; otherwise, he would have been advised on the required standard of the destination country.

The minister advised Nigerians to take medicines with potable water as this would help to prevent unexpected drug-food interactions.

He added that all bottling companies are encouraged to insert advisory warnings on all products as necessary.