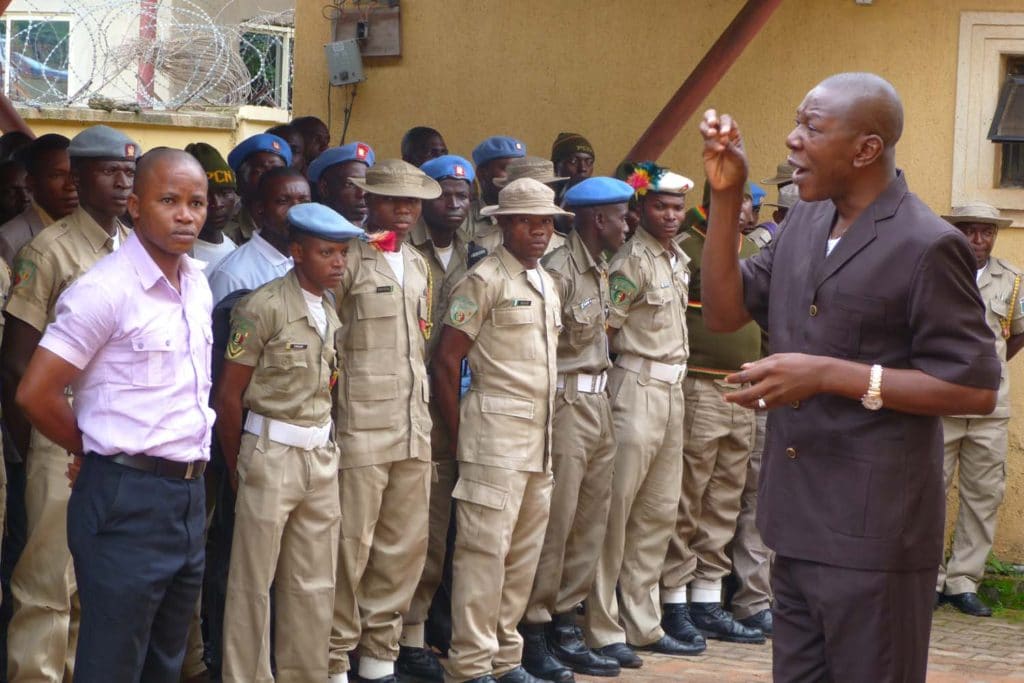 A Federal High Court in Abuja on Thursday directed the Attorney General of the Federation (AGF), Mr Abubakar Malami, to call the Nigeria Police to order by warning the security arm of the consequences of treating courts with levity.

Kolawole’s reaction followed the failure of the police to appear in a case of enforcement of fundamental human rights instituted against it and four others by the Incorporated Trustees of the Peace Corps of Nigeria.

At the resumed hearing of the suit, the Inspector General of Police and the Nigerian Police Force, who are the major defendants in the court action, were not in court and gave no cogent reason.

The AGF, the National Security Adviser, Department of State Services and its Director-General, who are the other defendants in the suit, were represented by Mr Terhemba Agbe.

Kanu Agabi, (SAN), Counsel to the Peace Corps and its National Commandant, had urged the court for an order restraining the police from further taking steps against the plaintiffs in the pending court action.

Agabi had specifically pleaded with the judge to order the police to vacate the corporate headquarters of the Peace Corps in Abuja, which had been sealed off since Feb. 28.

He also asked for an order of the court to facilitate the release of the vehicles and other properties of the corps carted away by the police when the office was invaded.

Justice Kolawale expressed displeasure over the absence of the police in court without justifiable reason.

The judge said that the police who were the antagonist in the matter ought to have realised that a case for the enforcement of fundamental human rights ought to be treated with deserved urgency.

“It is an affront to the court for a party in a pending court action to take any further step in such a manner that may affect the foundation of the case.

“To take a further step in a pending court matter outside the court is nothing but self-help and the consequence of such action is contempt of proceedings,’’ Kolawole said.

The judge said that his ruling should be served on the police through the office of the AGF to enable the police realise the consequences of treating the court with levity.

He therefore, ordered the AGF and three other defendants to file processes within five days in response to the originating summons of the Peace Corps.

The court adjourned hearing in the matter until May 15.