FG committed to development of the tourism sector- Lai Mohammed

The Minister of Information and Culture, Alhaji Lai Mohammed, on Tuesday said that the  Federal Government was irrevocably committed to the development of the tourism sector. 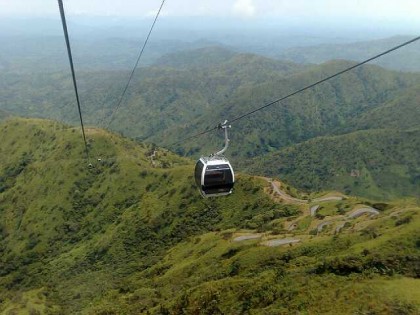 The minister said this while speaking at the Annual General Meeting (AGM) of the Nigeria Association of Tour Operators (NATOP) in Lagos.

The News Agency of Nigeria (NAN) reports that the conference has: “Positioning Tourism Within Nigerian Economic space”, as its theme.

He said the government was mustering the right political will and taking some result-oriented steps to develop and reposition the sector.

Mohammed described tourism as “the oil that never dries”, saying that the government would harness the potential of the sector to boost the revenue profit of the country.

“This government is committed to the development of the tourism sector and we are mustering the political will to reposition the sector.

“We recognise the potential of tourism to propel the growth of the economy and we will do everything possible to develop this sector and make it a major revenue earner for the country,” he said.

The minister said that the government was focusing on the development of domestic tourism while putting in place the right infrastructure to attract foreign tourism.

He said domestic tourism was not fully explored in view of its enormous potential to the economy of the country.

Mohammed said that the government was giving those areas like entertainment, fashion in which the country had comparative advantage over some other countries, priority attentions in its tourism development agenda.

The minister, while highlighting some of the steps being taken by government to develop the sector, said that the Presidential Council on Tourism was being revived.

He said the resuscitation of the committee would engender the rapid development of the sector through policy directions and other enablement.

He said the issuance of tourist visas was being simplified and issuance time reduced to 48 hours to attract foreign tourists.

The minister added that a committee to implement the tourism roadmap had been set up and that a task force on creative economy had been put in place.

Alhaji Lai Mohammed said the government had designed a festival calendar for the country to stimulate internal tourism and attract foreign tourists.

The minister, however, said the government could not develop tourism alone.

He appealed for the partnership of private sector and other stakeholders to develop the sector.

A former governor of Cross River State,Dr Liyel Imoke, in his speech at the conference said the state’s  success story was a proof that tourism could be a big mover of the economy.

He said with the right policy; vision, infrastructure and attitude, the country could make tourism as its major revenue earner.

Imoke , however, said that the greatest problem hindering  the development of the sector was the misrepresentation of Nigeria by its citizens to the outside world.

He advised Nigerians to stop the practice if tourism must grow.

“The greatest problem facing the development of tourism in the country is what I call, ‘Naija Bashing’

“ Nigerians running Nigeria down, especially, some of our people abroad.

“We need to speak well of the country everywhere we go. It is when we stop writing those negative headlines that the perception will change and people will visit our country,” Imoke said.

He urged the country to focus more on domestic tourism as a strategy to develop external tourism.

Imoke canvassed harmonisation of festivals in the country to stimulate patronage and reduce confusion associated with simultaneous holding of festivals.

He said the agency was partnering with stakeholders to promote domestic tourism; while developing the right template for the attraction of foreign tourists. (NAN)