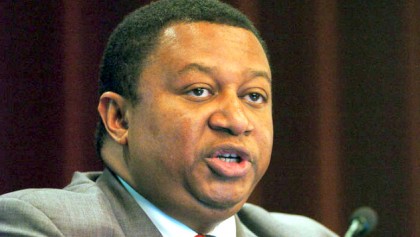 Barkindo said this in an interview to highlight the successes of the second OPEC and non-OPEC joint meeting in May, which would lead to a further global oil production cut of 1.8 million barrels per day for the next nine months, beginning July, 2017.

He said that to achieve global crude oil price stability, it was important that the current cooperation between both groups is deepened and structured in the interest of both oil producing and consuming countries.

“This is one of the issues that we are putting top on our priority. We have a vision of establishing a platform for stability of oil prices on a sustainable basis.

“OPEC as an organization controls nothing more than 40 per cent of the oil market.

“The issue of stability on a sustainable basis is probably beyond the capacity of an organisation that controls only 40 per cent and that is what led to the Algeirs agreement last year and later to the historic first joint meeting of OPEC and non-OPEC members.

“However in terms of the final structure of this relationship, it is very difficult to say because it is a work in progress.

“ The OPEC secretariat has committees with the non-OPEC countries; such as the Joint Technical Committee, Joint Ministerial Working Committee and Economic Commission Board, which I chair.

“These bodies are working towards a new framework that will be considered by all the 24 countries before deciding on what form and shape the relationship  will look like in the years to come,’’ he said.

Reacting to the market speculation on the need to deepen oil production cut rather than extending the duration for the cut, He said the target was to balance the market and achieve an equilibrium price.

“There were speculations in the market that we were probably going to deepen the cut adjustments beyond the 1.8 million barrels per day.

“I think the market anticipated that but we do not react to market conditions, we looked at the fundamentals and we are very satisfied with the level of fundamentals.

“Supply is coming down and conformity level is 100 per cent for both OPEC and non-OPEC members.

“Demand is very robust and going forward in the last half of this year, our projections shows that there will be a demand increase of about 2 million barrels a day.

“So all we needed to do instead of deepening the cut by increasing the volume beyond 1.8 million bpd was to extend the duration of the decision for 9 months,’’ he said.

On the need to convince Shale oil producers to recognise the call to cut production, to sustain prices, Barkindo said the OPEC secretariat had opened a communication channel with the hope of getting them on board.

He recalled that the Shale producers in the United State played an important role in addressing deficit in supplies to the oil market when Libya and Iran could not meet demand due to domestic challenges.

“For the first time in history, OPEC reached out to the non-conventional Shale oil players.

“I led the team to meet with them in Houston to first of all break the ice and try to understand ourselves. So we have succeeded in opening a discussion line with them.

“At the meeting, we compared notes, we came to the conclusion that both conventional and non-conventional players, both OPEC and non-OPEC have a common responsibility of maintaining stability in the market.

“I think this is a significant shift from the almost open hostility that existed in the past,’’ he said.

On the passage of Nigeria’s Petroleum Industry Bill at the Senate, Barkindo said it will lead to improved investment in the oil industry thereby adding to the security of future supplies and demand across the supply chain.

“The issue of investment has been one of our key concerns in the industry. An estimated 450 to 500 billion dollars of investments was either deferred or out rightly cancelled from 2014 to 2016.

“For Nigeria, the best is yet to come. We have huge resources and what we need is a stable regulatory and fiscal framework that will enable investors to continue to invest , to expand their capacity and meet growing demand,’’.