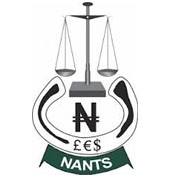 The National Association of Nigerian Traders (NANTS) says about 37,000 members of the association who registered for the Government Enterprise Empowerment Programme fund (GEEP) are yet to access the fund.

Mr Ken Ukaoha, the President of the association who spoke to the News Agency of Nigeria (NAN) in Abuja on Wednesday, noted that the N140 billion GEEP fund was meant for traders, artisans as well as market men and women.

According to him, members are yet to receive alerts from the banks having completed the registration.

Ukaoha explained that the Federal Government had rolled out the fund under the Systematic Investment Plan (SIP) and was being implemented by Bank of Industry (BoI).

“In April, beneficiaries were trained on how to manage the fund.

“In June, we had a meeting to evaluate the outcome and we discovered that more than 37,000 of our members have not been able to access the funds.’’

According to him, a few of the association’s members received alerts after registration before it suddenly stopped.

He said the association sought clarification from the two banks involved in the disbursement, and was assured that they would be paid.

Ukaoha said that the association found out that BoI was also making adjustment to its operations, but, however, added that it was not communicated to applicants.

“We want to believe that given the approval of the budget, things will start working immediately.

“Also during the budget briefing, BoI and Bank of Agriculture had recapitalization to the tune of N15 billion.

“So, we hope this will go a long way to strengthening the capacity and work for Small and Medium Enterprises,’’ Ukaoha said.

He commended the Federal Government, adding that it was the first time the country had a social intervention programme that would touch the ordinary man.

“The money may look small but it makes people feel a sense of belonging in the country.’’

He said the programme had been designed to enable beneficiaries begin repayment of N4, 000 every week, adding that the macro credit was interest free.
(NAN)