E-auction: Customs to commence next batch of bidding Monday

The Nigeria Customs Service (NCS) will commence the next batch of another 48 hours of bidding on July 10 as the e-auction committee reloads the portal with more items. 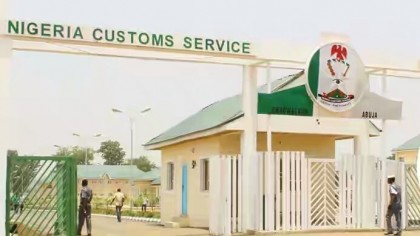 The Public Relations Officer of the NCS, Mr Joseph Attah said in an interview with the News Agency of Nigeria (NAN) on Thursday in Abuja.

Attah said that the announcement of the 43 winners that emerged after the 48 hours of bidding ended the first batch.

He said that following the end of the first bidding batch, the e-auction committee would reload the portal with more items for the next batch.

“Every batch lasts for 48 hours, the first 48 hours lapsed at noon on Wednesday. The system completely locked everybody out, and then presented a report and automatically sent mails to all the winners.

“The next batch of bidding will commerce on Monday July 10, for another round of 48 hours bidding.

“The next batch hopefully will be better as other hitches earlier experienced in the first batch would have been addressed.

“Hopefully, more banks would have been on board by Monday,’’ Attah said.

According to Attah, 282 bidders registered for the first batch.

He said out of the said figure, 268 bidders were enabled, while 245 were able to generate e-wallet access.

Attah said that the wide gap between the 245 e-wallet access and the 68 bidders who were able to recharge was due to a challenge with the banks.

He said that hopefully, the portal would be more user friendly in the next batch of bidding.

NAN reports that the Comptroller-General of Customs, retired Col. Hameed Ali, had on Monday in Abuja inaugurated the e-auction platform aimed at giving all Nigerians equal opportunities to purchase seized items, including vehicles.

The process which is being done through bidding on the e-auction platform is also aimed at increasing Customs’ revenue generation.

In the first batch of bidding, some Nigerians interested in participating in the e-auction, complained of difficulty in accessing the platform since July 3, when it was inaugurated. (NAN)