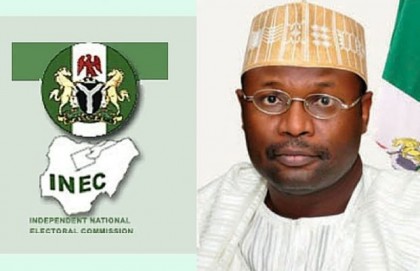 Chairman of the commission, Prof. Mahmood Yakubu, made this known at the launch of Get registered Naija Mobile App by Election Monitor, a civil society organisation, in Abuja.

He said that the commission had also distributed 54,395 Permanent Voter Cards (PVCs) to registered voters across the country in the ongoing exercise.

Yakubu, who was represented by Mr Iro Gambo, Director Voter Registry Department of the commission, said that 60, 085 transfer requests had been received and 125, 543 demands for card replacement.

He said that update on the CVR as at July 7 indicated that Lagos had recorded the highest number of registered voters, adding that the commission’s aim was to register 20 million voters at the end of next quarter.

“New DDCMs are being procured to replace the old ones. The commission has taken delivery of 900 out of the initial order of 1060.’’

Yakubu said that CVR would be devolved to Registration Area or ward level in Anambra, Ekiti and Osun States in line with the commission’s practice for off-season Governorship Elections.

He said that the Getregistered App would help Nigerians to be more aware of INEC’s activities and to get the necessary information on how to register.

In his remarks, President of the Senate, Dr Bukola Saraki, who was represented by Sen. Mao Ohuabunwa, Chairman, Senate Committee on Primary Healthcare and Communicable Diseases, commended the CSO for creating the app.

Saraki said that the senate was working towards the achievement of free and fair election in 2019, adding that that was why the Electoral Act was being amended to accommodate better initiative.

He said that the senate’s quest to have a transparent election made them come up with a clause to allow INEC to use electronic means to conduct elections because that was major way to achieve that.

Mr Abiodun Ajijola, National Coordinator of the Election Monitor, said the reason they came up with the app was to bridge the gap discovered to be existing between INEC and Nigerians.

He said that the app would encourage more Nigerians to get registered by providing quality and useful information to facilitate the CVR process. (NAN)