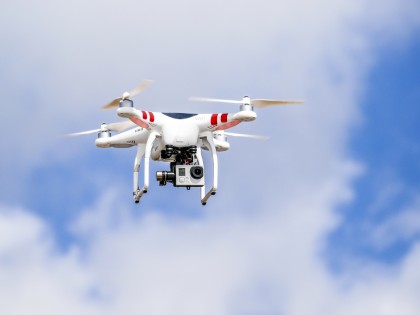 He told the News Agency of Nigeria (NAN) on Saturday in Abuja that NCAA had a proposed regulation already to drive both commercial and private RPAS operation commonly known as drones and unmanned aircraft.

The director said the authority was also currently working with Nigerian Airspace Management Agency (NAMA) to integrate unmanned aircraft in the country into the airspace.

According to him, it is such a big challenge and NCAA wants to make sure that it succeeds.

“The regulation is ready. The integration of the unmanned aircraft into the airspace system has to be done seamlessly and we have to do it.

“Basically, what we have done so far is to get the country’s Air Navigation Service Provider (ANSP) involved, which is NAMA.

“NAMA will get involved and then bring those unmanned aircraft into the airspace system.’’

Sesegbon said the authority had worked hard over the years to make manned operation in Nigeria’s airspace as safe as possible, adding that the manned and unmanned aircraft were two different systems.

He explained that NCAA had decided to integrate RPAS into its system to be able to take advantage of evolving technology and tap into the economic opportunities that accompanied it.

He said “it is what the whole world is doing; it is an evolving technology that everybody is taking advantage of and we want to be part of that as well.

“We have a company that actually makes drones in Abuja and they are discussing with us and we are looking at how to integrate them into our system.

“This is because, it is one of the important things we have to look at as far as the maintenance of drones is concerned.’’

Sesegbon said that the key factor that the International Civil Aviation Organisation (ICAO) was looking at was that drones should not fly in populated areas.

He explained that NCAA’s rules and regulations prohibited flying drones over people to guard against the effect of its failure.

“As long as we are just developing data, it is important for us to talk to the people, and the manufacturers as they are getting better in these drones.

“Seamlessly, we will integrate them into our airspace system as well as giving them clearance on the same level with the aircraft as to what duty they want to perform.

“These include working for oil and gas, doing survey and so on. As we get along, they could improve on their technical capability to enable people to have confidence in the system.

“Most importantly, we want to improve on the safety record that people have on unmanned aircraft when they now come into the system.’’

The director said drones were coming in different type, and NCAA would continue to keep track of the development in drones to license them for the purpose they were needed for.

He commended ICAO for organising the RPAS symposium in Nigeria being the first in Africa, adding that the symposium would address all issues around drones’ system.
The symposium is expected to take place in Abuja on July 17 and July 18. (NAN)