Movie-producers need to always inscribe security features on their video-compact disks (VCDs) before releasing them to the market to prevent them from being pirated.

The Managing Director of Nigeria Film Corporation (NFC), Dr. Chidia Maduekwe,  told the News Agency of Nigeria (NAN) in Lagos that the deployment of this technology would discourage pirates from tampering with the intellectual properties of artists and movie-producers. 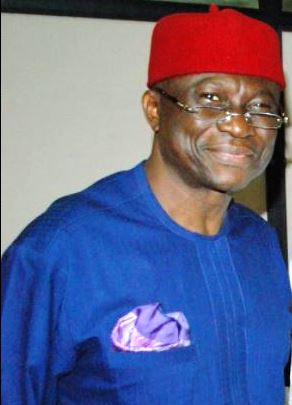 “I am looking at a two prong approach to curb piracy of movies: deployment of technology and legislature.

“ Of course, the enforcement which has been ongoing manually can equally be enhanced further by technology. So with both in places; I think we will be able to drastically cut down on piracy.’’

Maduekwe said that when movie-producers inscribe security features on their products, it would be difficult for pirates to reproduce such products.

“When you talk about technology, you want to make it more difficult for people to go about the copyright issues of such products.

“In Niger Republic, they have their own standard specifications that must be met by producers of disks before they are released to the market.

“ So, there is no reason why Nigeria cannot come up with its own specifications that will be made available to the manufacturing companies of CDs to follow.

“The companies working in concert with movie- producers will only need to inscribe specified features onto compact disks before releasing them to the market,’’ he said

He said that with such features, such CDs would be of better quality than what they used to be, last longer and might cost a little more to buy.

Maduekwe also said that there was the need to strengthen the law against piracy in the country through proper enforcement of legislations against piracy to serve as deterrents for violators.

“Right now; maybe the laws are not so tight, the punishment is not so intense so the violators feel they can get away with it.

“If an offender is given a slap at the back with just N50, 000 fine, he or she can take a gamble of N5million.

“So technology, legislation and enforcement must all be brought to bear in order for us to tackle piracy,’’ he said.

Maduekwe also said that there was the need to engage in moral persuasion among producers themselves that were into piracy.

He said the stakeholders in the industry should let those pirating their contemporaries’ works know that what they were doing was professionally unethical.

So, this is also an internal issue that has to be looked into by the stakeholders in their efforts to curb piracy, he said.

Maduekwe also said that there was a great synergy between the Nigeria Film Cooperation and Nigeria Censors Board on ensuring that only quality videos were released to the public.

“ A great synergy exists between both of us because these are parastatal agencies whose core mandate is to classify films to categories for adults and children.

“Both of us usually meet for the classification of films because if you develop without classification, then the industry will be failing in providing quality films for the society.

“Also, you cannot classify what is not developed; so there is synergy between the two organizations to move the movie industry forward,” he said.(NAN)