Gov. Rochas Okorocha said Nigeria does not need restructuring as being demanded by some Nigerians, but said the nation only needed to be repackaged. 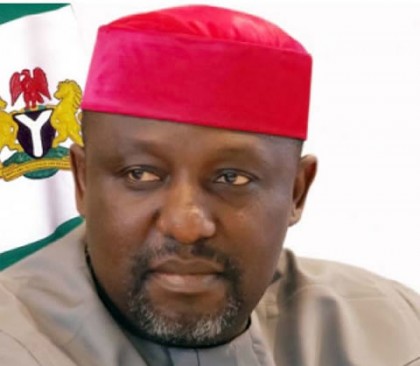 Okorocha said this on Monday while declaring open the 67th annual conference of Broadcasting Organizations of Nigeria (BON).

He said BON as critical stakeholders must be in the forefront of the campaign against restructuring, but rather sell the massage of repackaging.

He said only repackaging could attract huge investors to Nigeria and help boost its economy.

“Many people have defined restructuring just to benefit their geo-political zones.

“To the South Easterners, restructuring means creation of an additional state, While it may mean resource control to other geo-political zones”, he said.

The governor said Nigeria has been presented in the bad light to other nations of the world which made it non marketable to the international communities.

“I urged BON to see Nigeria as its project and repackage it so that we can regain our lost glories”, he said.

Okorocha however appealed to BON to also give the less privileged  the opportunity to be heard considering high cost of electronics media subscription.

In his address, the BON Chairman Mr. John Momoh said the main aim of the meeting was to brainstorm on how to proffer solutions to Nigerian problems.

He also said part of the group’s agenda was to suggest ways  to strengthen BON for it to continue to serve as watch dog to political office holders.

He commended the governor for his huge developmental projects which he said have changed the face of Imo state. (NAN)