No fewer than 2, 673 people died in road accidents in Nigeria in the last six months, according to National Bureau of Statistics (NBS). 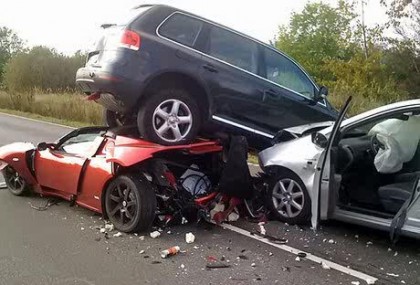 The data, however, indicated that the number of deaths through road accidents was gradually reducing.

The report stated that speed violation was identified as the major cause of accidents with the second quarter recording 44.44 per cent of such cases.

The bureau further stated that 8,270 people were injured in the accidents and that 7,805 of the 8,270 injured persons were adults, representing 94 per cent of the figure.

The report adds that 465 or six 6 per cent of the injured were children.

The report stated that the Federal Capital Territory (FCT) recorded the highest number of road accidents in the second quarter,  followed by Kaduna and Niger states, while Borno and Bayelsa states recorded the lowest  number of accidents.

The bureau estimated the number of vehicles in the country in the second quarter to be  11.51 million for the country’s population of  193.40 million at the end of 2016.

According to the bureau, a total of 218,060 national drivers’ licences were produced in the second quarter.

It stated that Lagos State and FCT produced the highest number of licences while Zamfara and Kebbi states produced the lowest numbers. (NAN)

NEWER POSTBoko Haram: U.S To Train NSCDC Operatives On Counter – Terrorism In Borno
OLDER POSTKebbi is the most peaceful state in the history of Nigeria – Gov. Okorocha