An economist, Prof. Okey Onuchuku on Monday, said Britain’s export finance agency’s plan to add the Naira to its list of pre-approved currencies would boost the value of Nigerian currency. 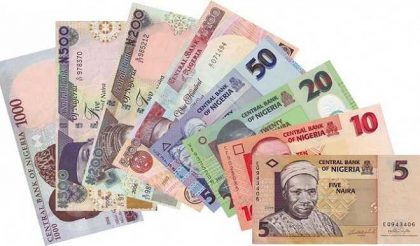 Onuchuku, who is the Director, University of Port Harcourt Business School said this in Port Harcourt while speaking with the News Agency of Nigeria (NAN) on Britain’s adding the Naira to its list of accepted trade currencies.

NAN reports that Britain’s export finance agency said the Naira would become one of three West African currencies that UK Export Finance had pre-approved for its programme of funding transactions that promote trade with Britain.

The British High Commissioner to Nigeria, Mr Paul Arkwright, said that Nigerian firms taking out loan in the local currency could benefit from a UK Government-backed guarantee.

The director, who agreed with Arkwrigh’s submission, said that trading in Naira meant that there would be demand for the Naira, to pay for what was being bought from Nigeria.

He said ‘’ As a result of that, it will not only boost the value of the Naira but can also help us provide more foreign exchange for our local businesses.

‘’That statement is quite right but my worry is that, if you look at the volume of transaction between Nigeria and UK, what are we giving them? What are they giving us?

Onuchuku, who is also a Professor of Economics and a member of the University of Port Harcourt Governing Council, said the question became imperative because ‘’Nigeria is a major market where Britain can capture.’’

He, however, expressed the hope that Britain’s policy would assist Nigeria to grow its economy as well as better the value of the Naira.

On UK providing up to 85 per cent of funding for projects containing at least 20 per cent British content, the economist expressed dismay that nothing was given freely.

‘’They give you something, they take it away from one side; it means that even if they are financing that project, the financing must be tied to their own products.

‘’They said at least 20 per cent British content which means that even the money they are giving to you to finance part of it will go back to them.

‘’For you to get something that is British content, you have to get those facilities from them.’’

On what areas of the Nigerian economy can Britain invest, Onuchuku said it could invest in manufacturing sector to transform the country’s raw materials to manufactured output and add value to the economy.

He said this became necessary because the Nigerian manufacturing sector had been dormant and contributing poorly to the Gross Domestic Products.

The director also said that Britain could invest in agriculture sector, saying that Nigeria had vast arable land that could grow different types of crops,adding that the effort would transform the agro sub-sector and add value to the nation’s economy.

The professor also urged Britain to invest in crude oil sector, saying that the modular refineries needed transformation to grow into exporting refined products to boost the nation’s economy. (NAN)